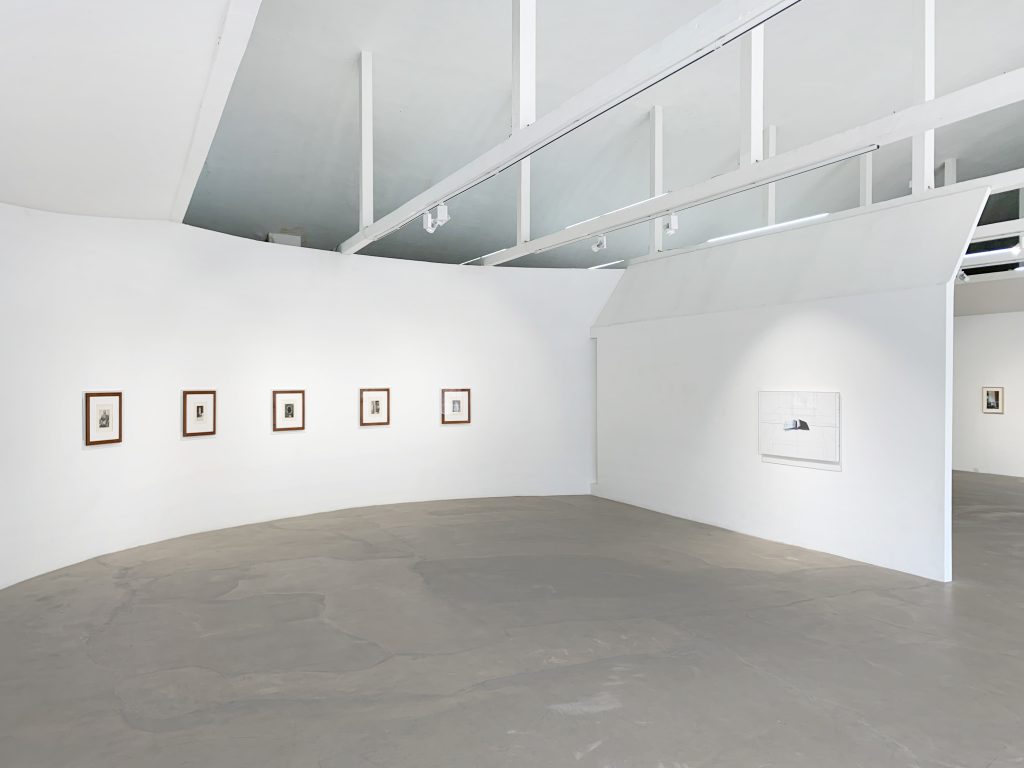 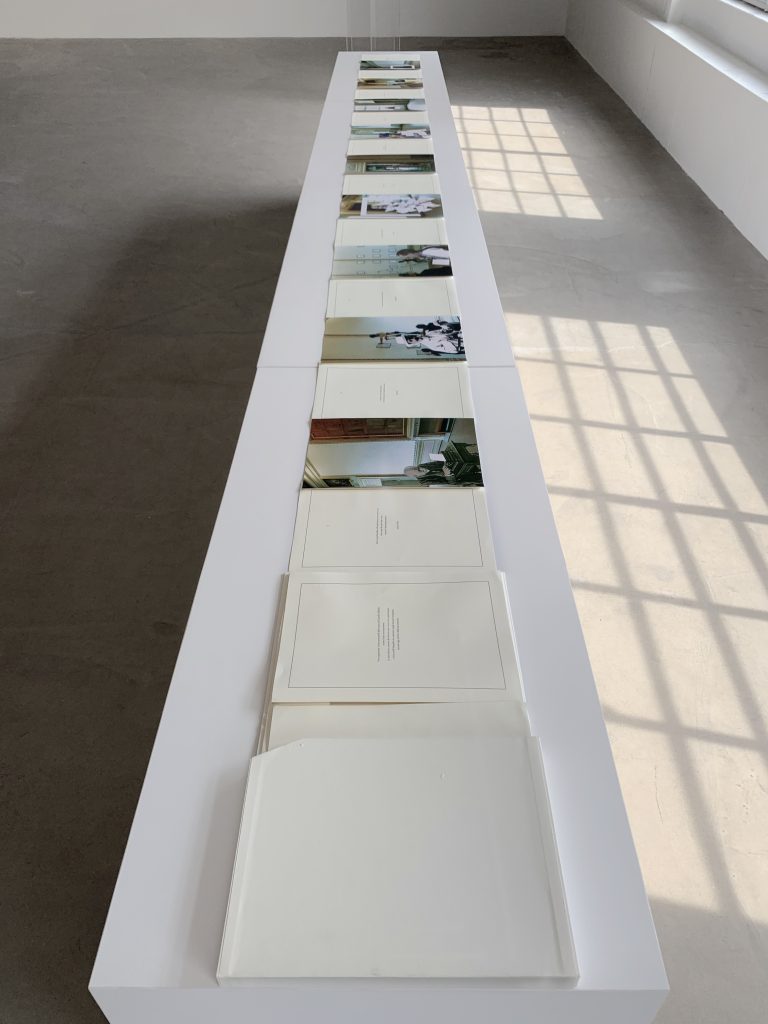 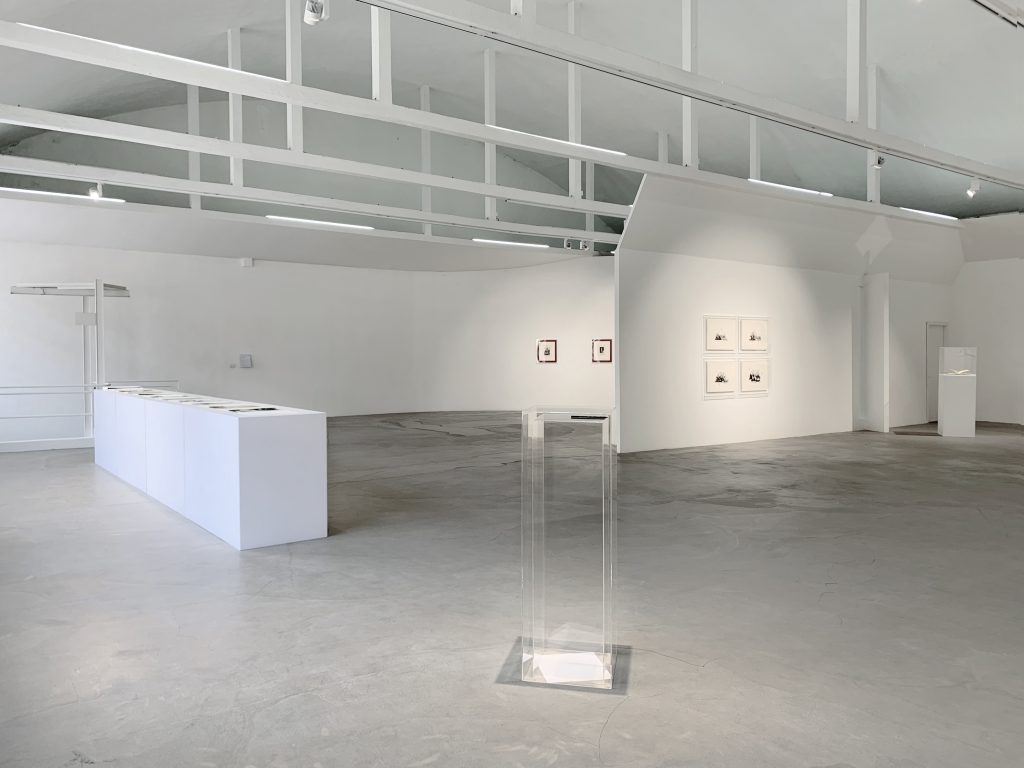 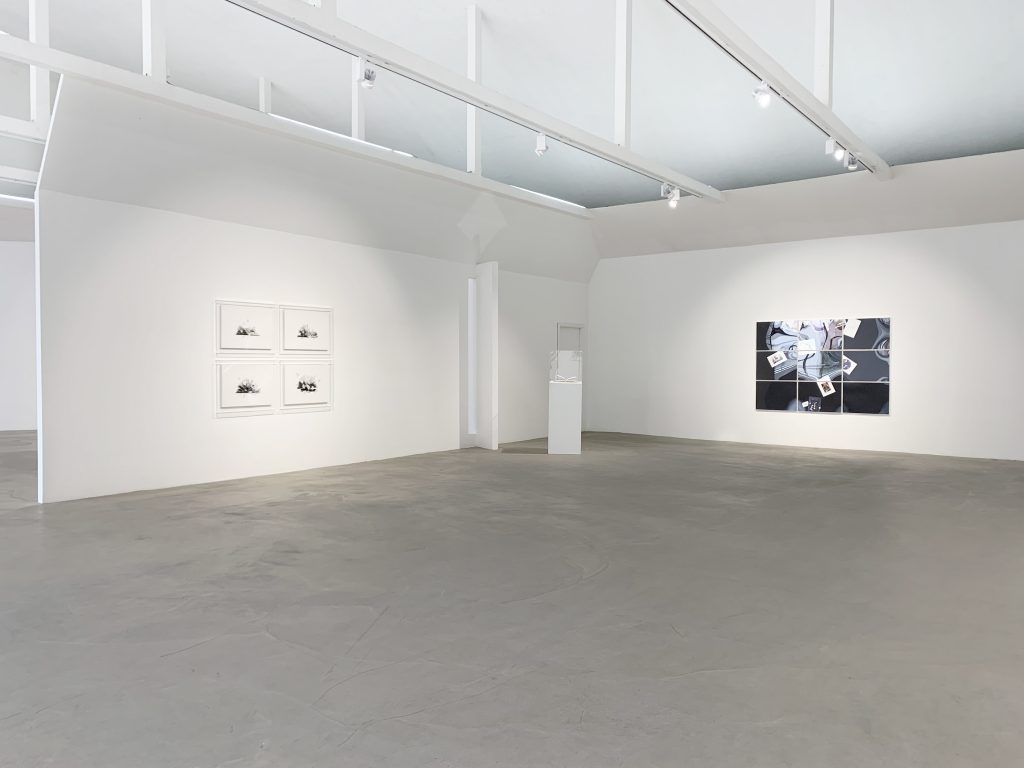 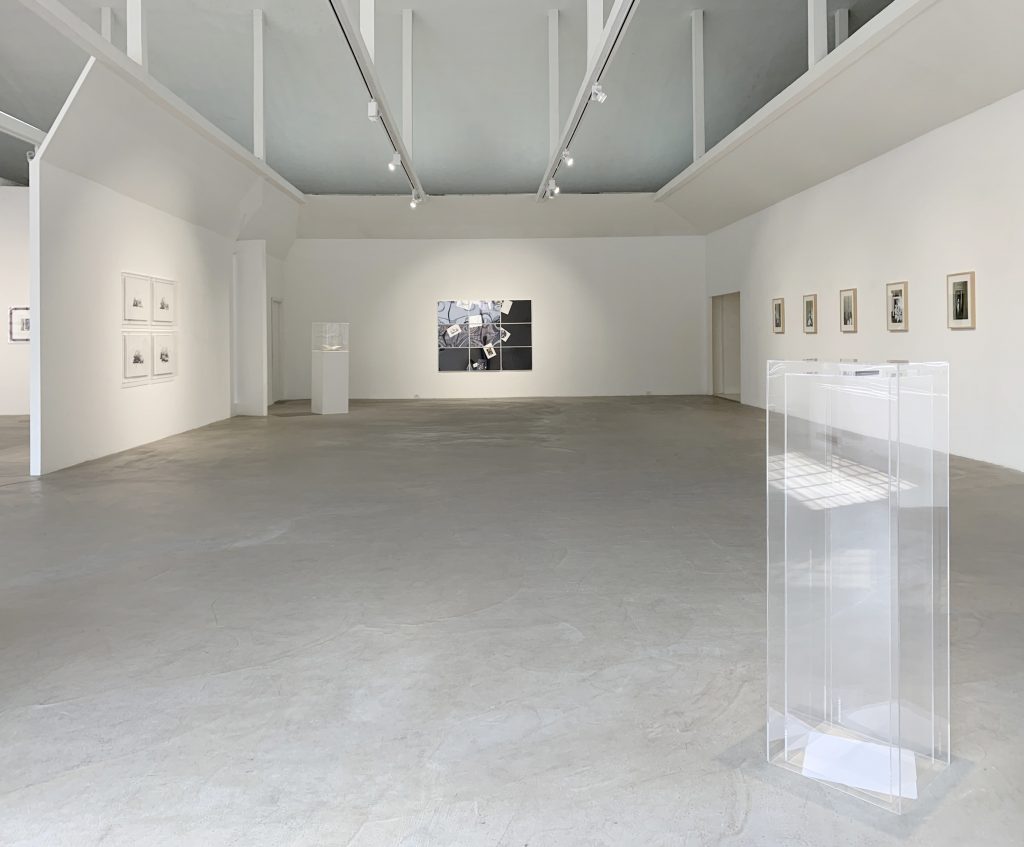 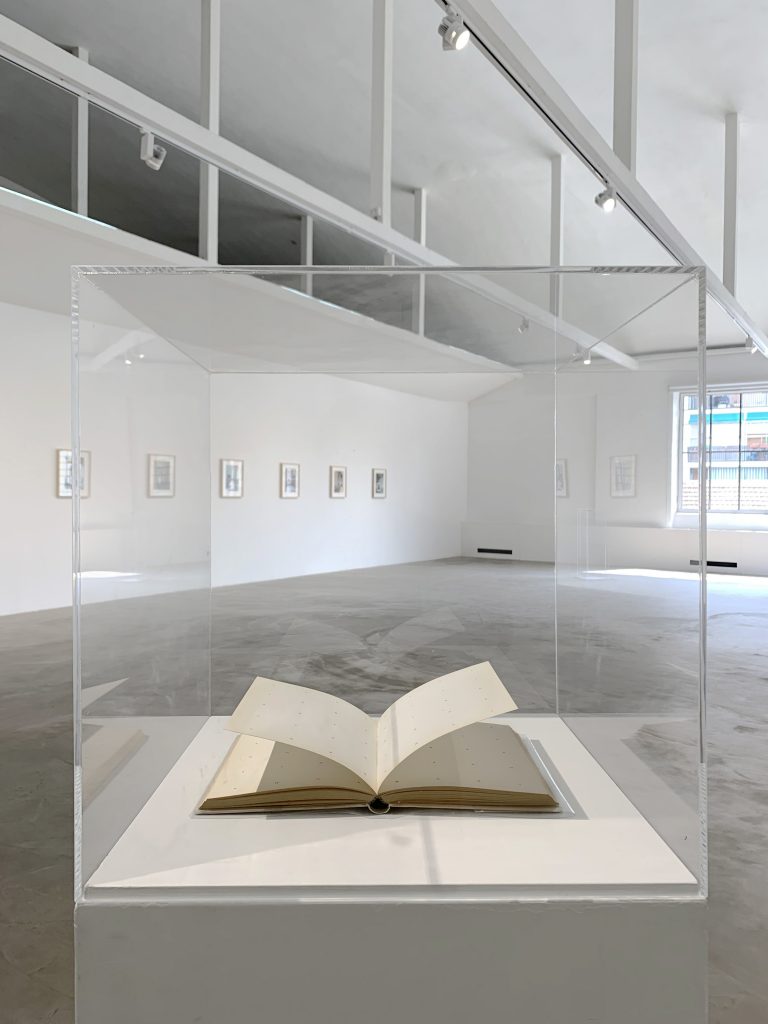 After over forty years of friendship and professional collaborations between Giulio Paolini and Marco Noire, the artist presents his latest book Promemoria (2017) at Noire Gallery, together with a selection of works purposefully selected for the exhibition.

As Paolini describes it, Promemoria is made of nine prints, “Nine appearances, memorable visions from the rooms of the contemporary art museum, Castello di Rivoli”. The observer is lead into an imaginary museum, stage of unexpected encounters with some of the leading exponents of art and literature from different eras. A temporal short circuit that gathers the personalities dear to the author inside the museum spaces along with Paolini, he himself appears discretely alongside such prominent “guests”.

Luigi Pirandello is the first character to be mentioned as he was the inspiring figure of Paolini’s first ever exhibition project, never realized and titled Ipotesi per una mostra (1963), in which the artist for the first time dealt with the theme of the spectator’s identity as an integral component of the artwork. The other eight prints depict, in the order of appearance: Raymond Roussel, Marcel Duchamp, Lucio Fontana, Fausto Melotti, Giorgio de Chirico, Italo Calvino, Salvador Dali and Fernando Pessoa, characters that lead us inside a special “guided tour” through Giulio Paolini’s artistic research.

Paying tribute to Promemoria, the exhibition shows a selection of works that displays a pictorial narrative over forty years long: from Ciò che non ha limiti e che per la sua stessa natura non ammette limitazioni di sorta (1968), a book that gathers the transcriptions of all the letters, spaced out on the white parts of the page, of the names on the artist’s notebook at that time to Galleria (1974), five collages of musicians whose identity is hidden to the observer; up to Quattro illustrazioni per “L’Arte e lo spazio” (1983-2009), prints that reflect on the text of german philosopher Martin Heidegger’s work, to Aula di Disegno (2005), a celebration of the act of drawing as the moment where every representation originated and Niente e subito (2006), where pencil and paper, primary tools of the artistic practice, are suspended, awaiting to come in contact.

All the artworks shown reflect on the enigma of the creative act by evoking the main characters of art, music, theatre and literature, while also celebrating their instruments: writing and drawing.

A special thanks to Bettina Della Casa for her precious collaboration.