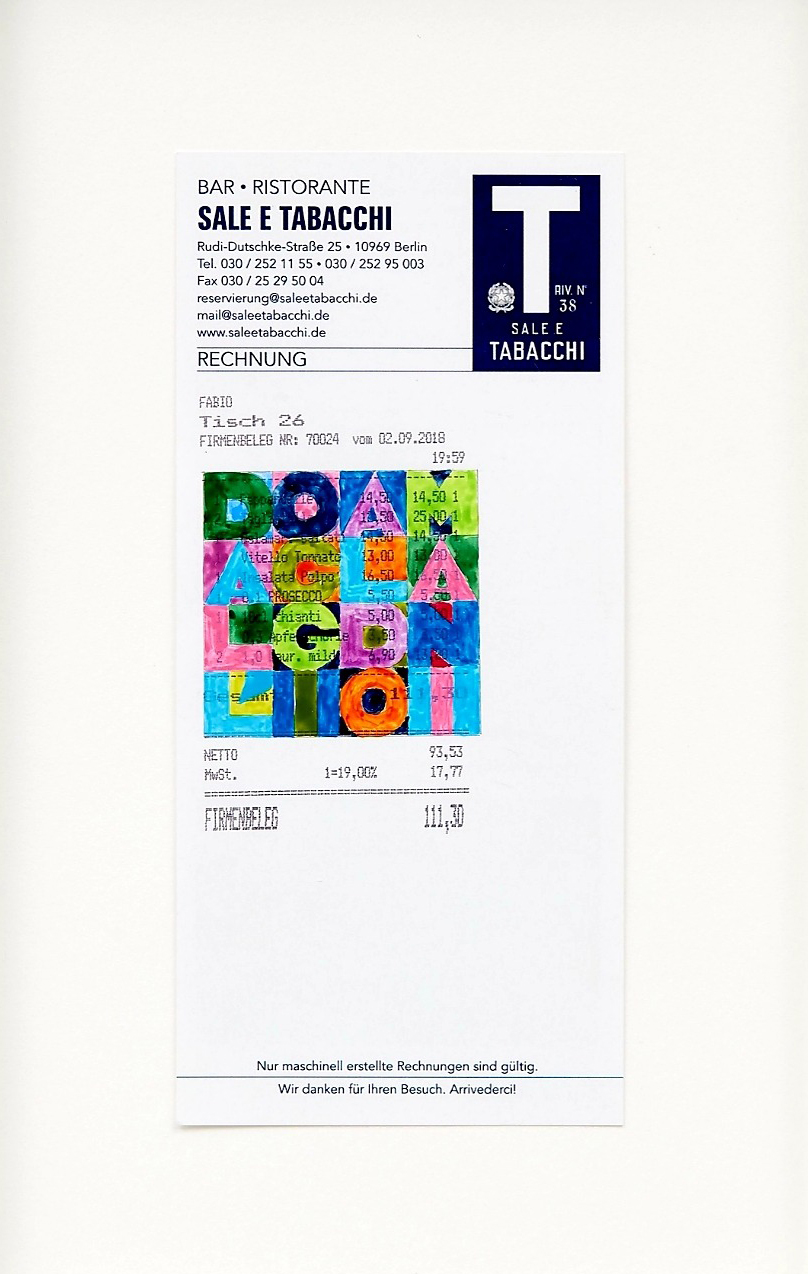 The Restaurant Drawings series began in 2015 when Jonathan Monk and his family relocated temporarily from Berlin to Rome. In Italy, receipts are often elaborate, with hand-scrawled notes and numbers that bear the mark of a server’s hand. “It’s not done on a computer—it’s a written receipt that the waiters add up and plonk on the table,” Monk said of the typical bill. As they piled up at home, the artist started to see them as a medium. 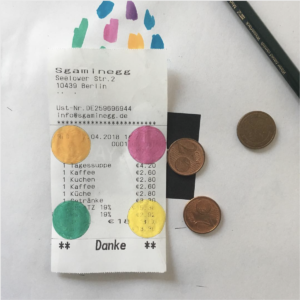 Once home, Monk would draw directly onto the receipts seminal artworks by artists such as Sol LeWitt, Alighiero Boetti, Donald Judd amongst others. The drawings rendered in graphite, watercolor and pastel, directly onto the thermal or paper receipts. Through Instagram, Monk posts the drawings, where his followers have the opportunity to purchase the artwork for the price of the meal recorded on the receipt. 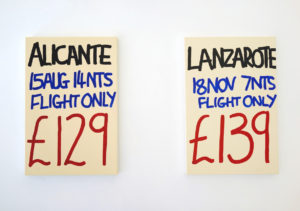 The circumstances of their sale connects to past works in Monk’s oeuvre, including a series of “Holiday Paintings” for which he reproduced on canvas advertisements for vacations listing locations and prices—and then sold the painting for the amount of the trip. He has also made work that includes instructions that it not to be sold for more than a certain figure. “The idea was that it couldn’t be resold for more, so it would essentially go down in value,” said Monk. 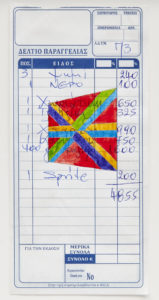