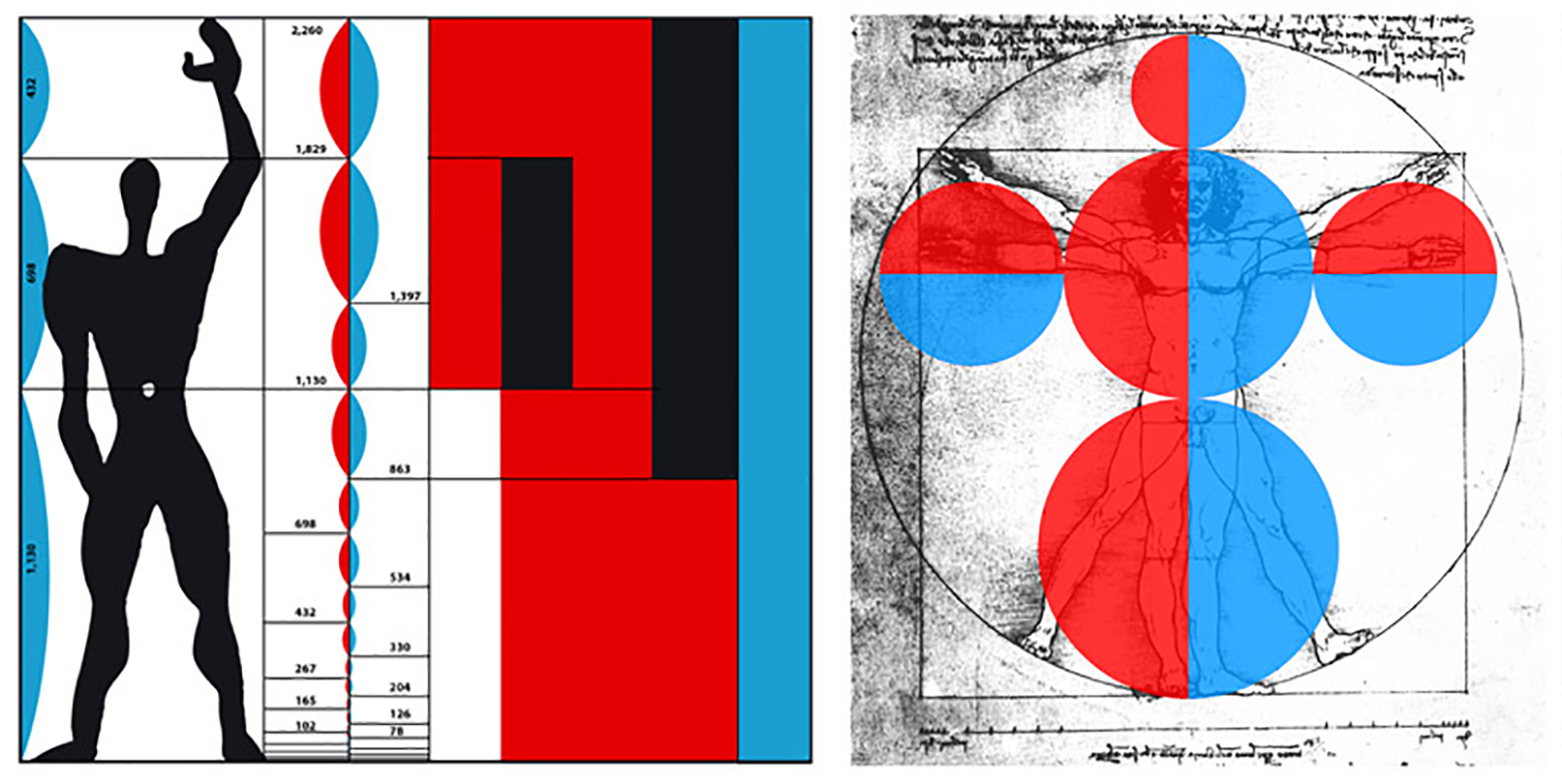 Untitled – Modular man with syringe, 2002 by Tom Sachs is made out of synthetic polymer paint on canvas. The artworks, as the title suggests, shows a synringe and a “Modular Man”, a clear reference to Le Corbusier’s Modulor. 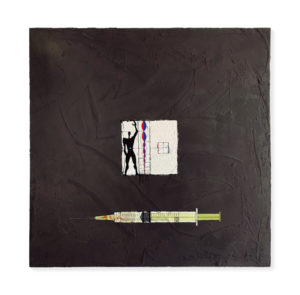 The Modulor is an anthropometric scale of proportions devised by architect Le Corbusier. He developed the Modulor in the long tradition of Leonardo da Vinci’s Vitruvian Man, in order to discover mathematical proportions in the human body and then to improve both the appearance and function of architecture. Le Corbusier described it as a “range of harmonious measurements to suit the human scale, universally applicable to architecture and to mechanical things” 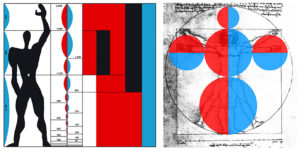 For the 2010 Venice Biennale of Architecture, Sachs built models, drawings and paintings celebrating Le Corbusier’s crippling legacy. His works at the Venice Biennale includes a number of elements, each of which is a different satirical take on Corbusian designs, such as the Unité d’Habitat on as well as the Radiant City. The artworks are obviously and sharply sardonic, implicitly suggesting that the spread of Corbusian design have granted us a world that is largely soulless and violent. 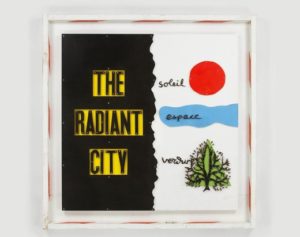