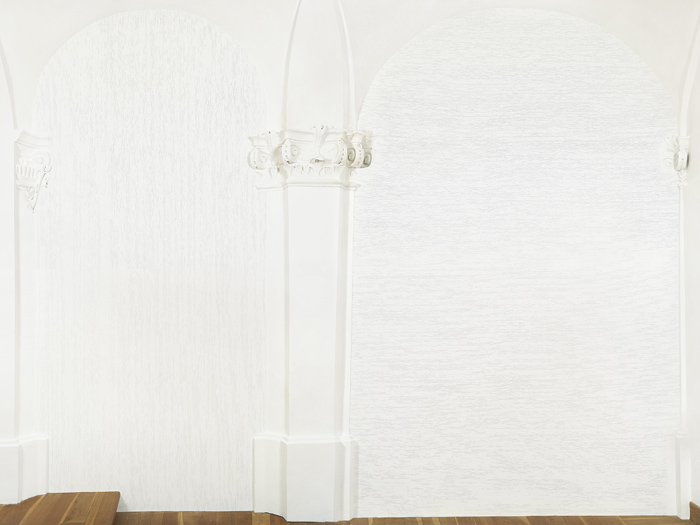 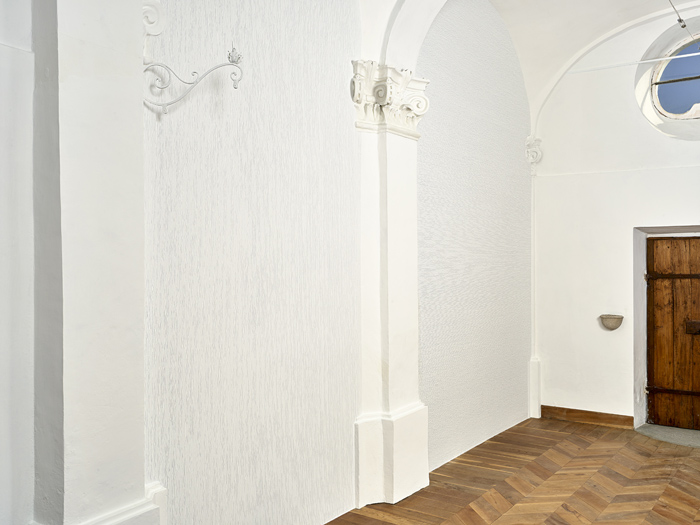 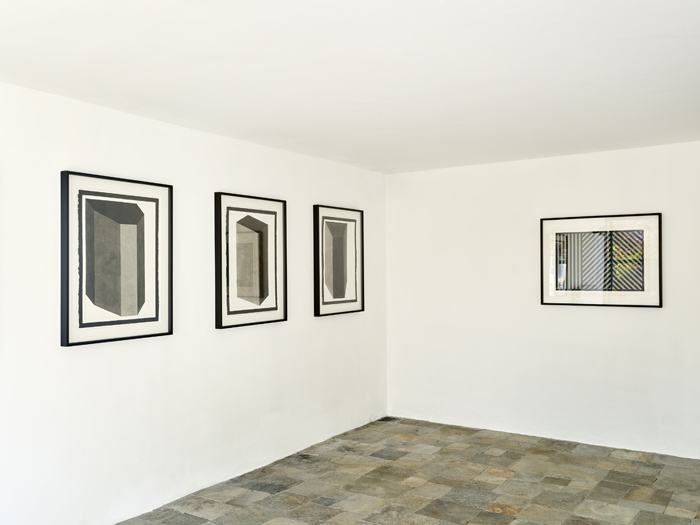 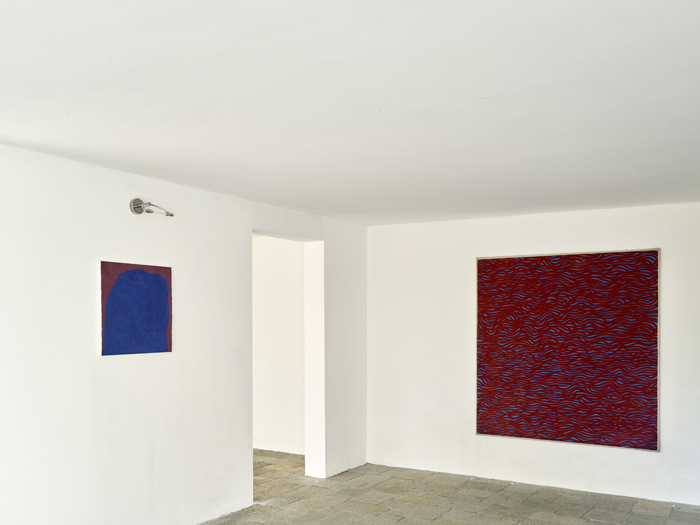 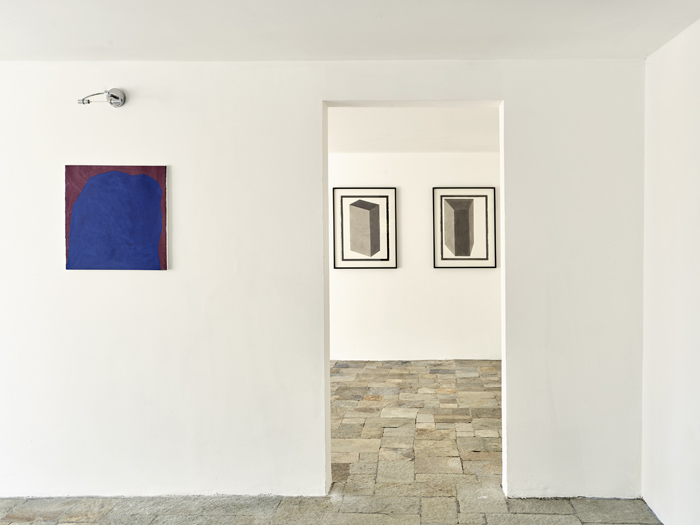 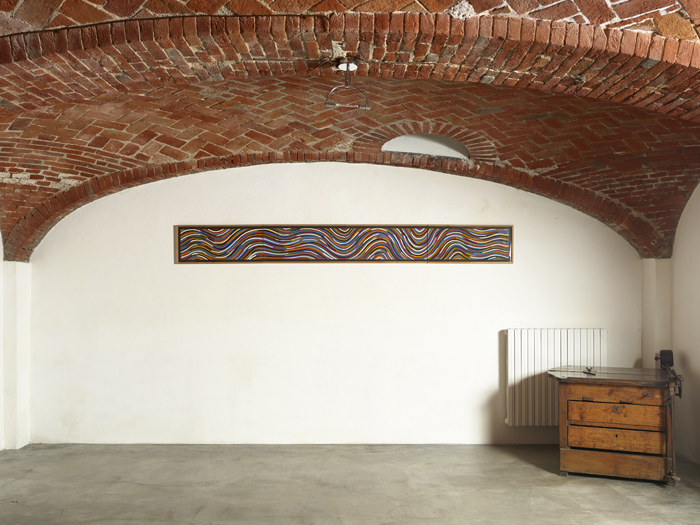 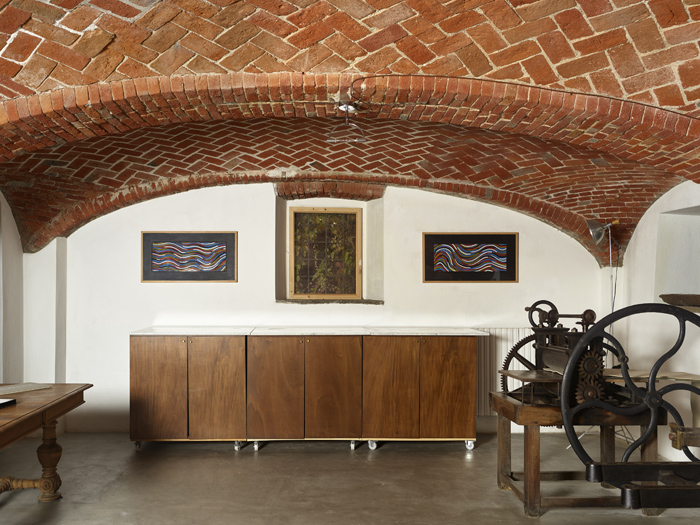 Noire gallery presents a personal exhibition of the American artist Sol LeWitt (1928-2007) for the third time. The artist and Noire Gallery have continued to work together over the years with a series of exhibitions and also to realise, with passion and care, the production of his editions in Italy.

The exhibition, held in San Sebastiano, is made up of Wall Drawings,  created by the artist in 1972 and 1985 and also by numerous  gouaches created over the course of the years.
On the walls of the small church (in  San Sebastiano) the Wall Drawing, presented for the first time in 1972 in Documenta 5 in Kassel, has been faithly completed with hard graphite like the first works of the 70’s so that it becomes as much part of the walls as possible.
They are not straight lines, horizontal which do not touch and not straight lines, vertical which do not touch. Dedicated to Eva Hesse in the year of her death, the artist introduces the ”lines which are not straight” to recall the passing of minimalism by geometrical constrictions.
The walls do not merely hold the Wall Drawing, but now suggest the idea, the dimension, the position and become total part of the space.
And…in the exact words of the artist, in one of his brief texts in 1970, Sol Lewitt writes: ”The designer and the wall set up a dialogue between them. The designer gets bored but then, through this activity without sense, he finds peace or torment. The lines on the wall are what is left of this process. Every line is as important as each other. All the lines become one. Looking at the lines all you can see are lines on the wall. It is without sense. This is art” And then: “ Everyone draws lines and understands words in different ways.”
If the first works are camouflaged with walls, using a pencil and a primary vocabulary, the asymmetric pyramids invest the space by passing obstacles to express themselves in their entirety.
The second Wall Drawing is a pyramid realised by putting various layers of ink on top of each other. Noire Gallery had already presented a big Wall Drawing in the Turin space in 1986 with two asymmetric pyramids marked by black and white sections alternated on the wall.
Now the presence of colour in the choice of inks made into a magical mix takes on the appearance of a fresco which recalls the artist’s love for Italy: ”My work was a mix of what I saw in New York and what I found in the Italian art…Even before we moved to Italy we would go and see the frescos every years.”
The second part of the exhibition consists of a vast series of gouaches which the artist realised over the years.