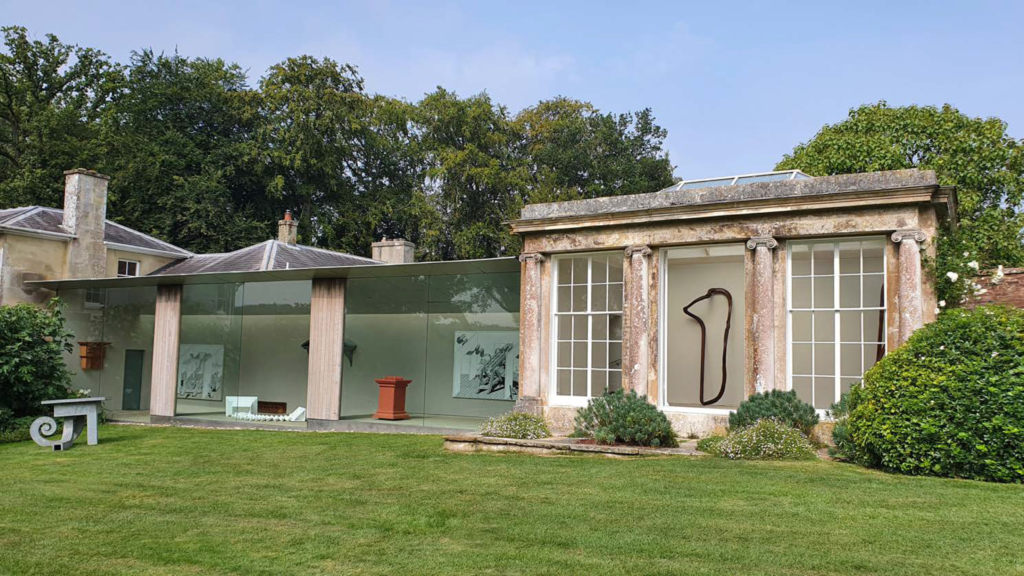 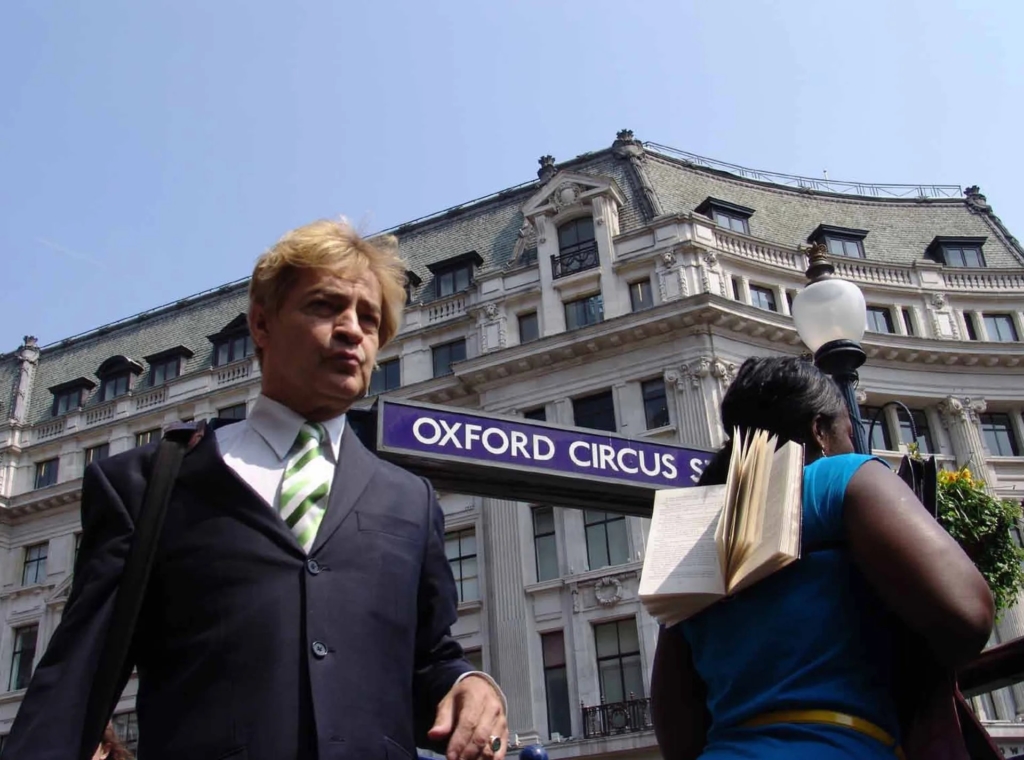 THE ANGELS OF THE WORLD BY PETER WUTHRICH

In his major work “Leaves of Grass – Salut au monde” the american philosopher and autor Walt Whitman describes himself as a kind of Angelfigure, without naming those so. I see the cities of the earth and make myself at random a part of them, I am a real Parisian, I am a habitan of […] 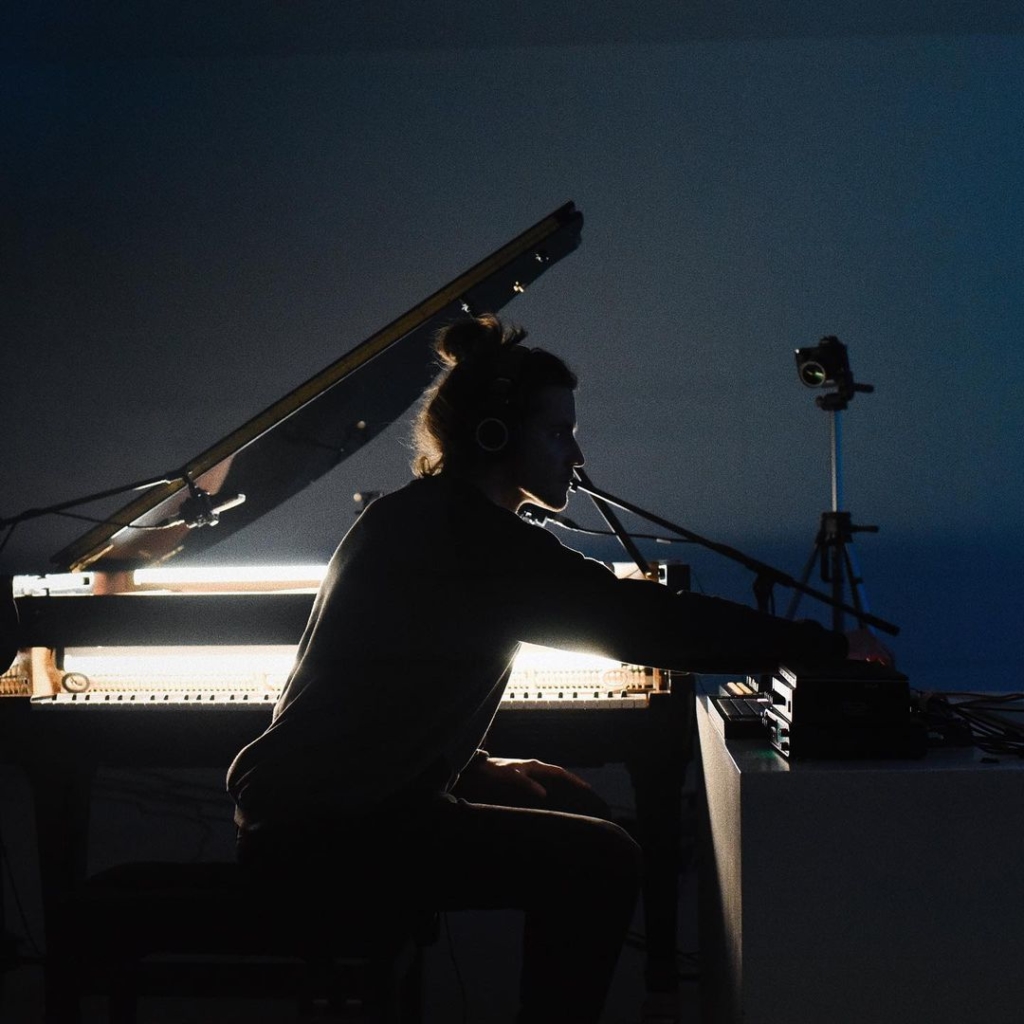 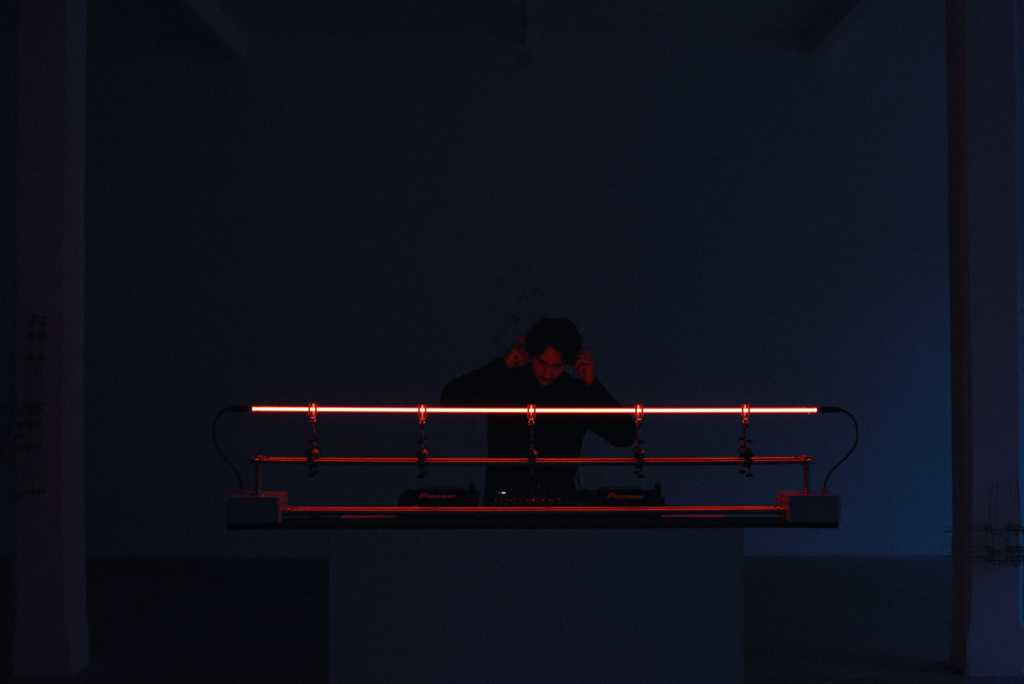 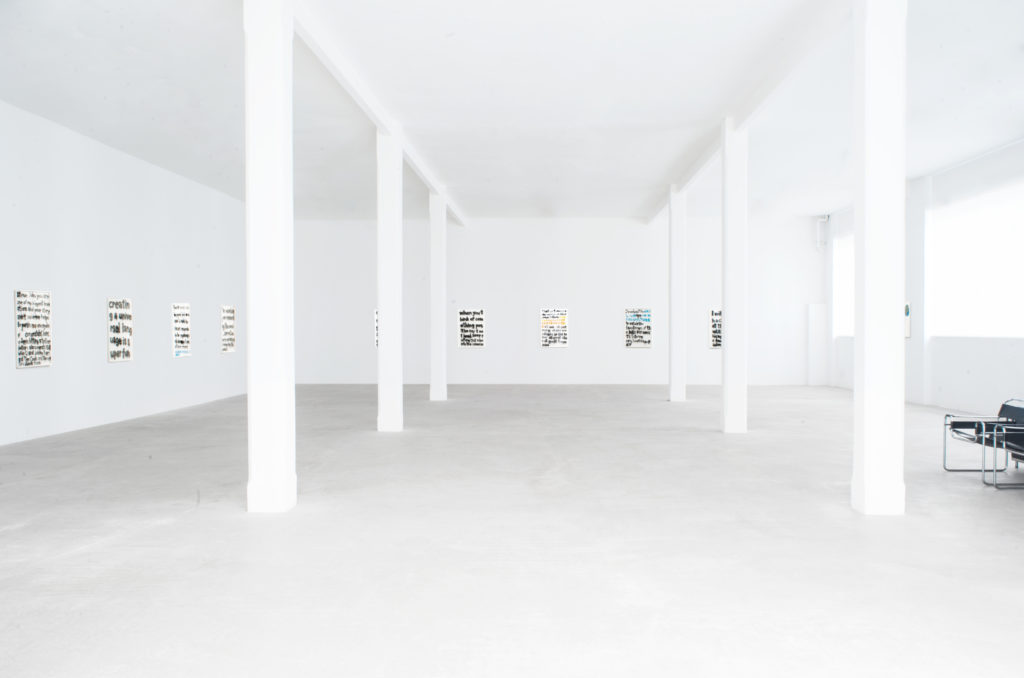 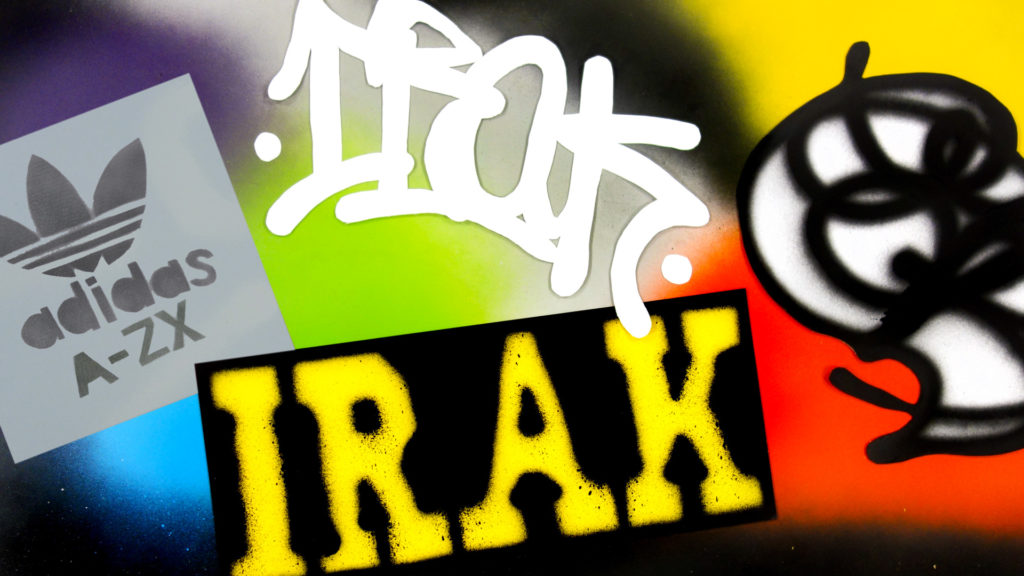 Andreas Johnsen’s cult 2005 graffiti documentary Inside Outside opens at the fields of Pier 40 on West Houston Street, where Kunle Martins—otherwise known as EARSNOT and founder of notorious downtown crew IRAK—is representing Alife Rivington Club in adidas’s Fanatic IV Tournament. “This is the cool-guy adidas soccer tournament,” he exclaims over the din of cheers […] 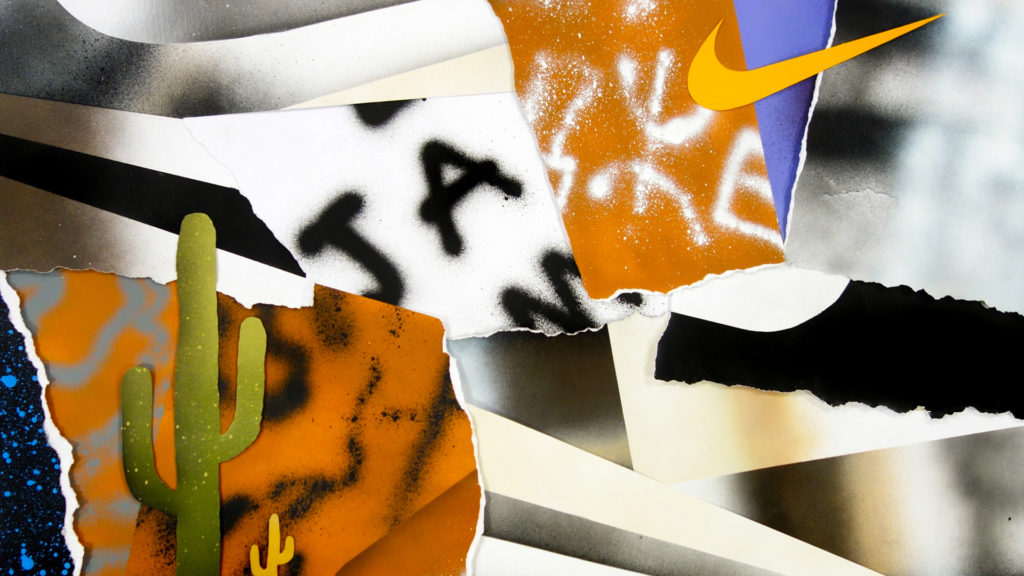 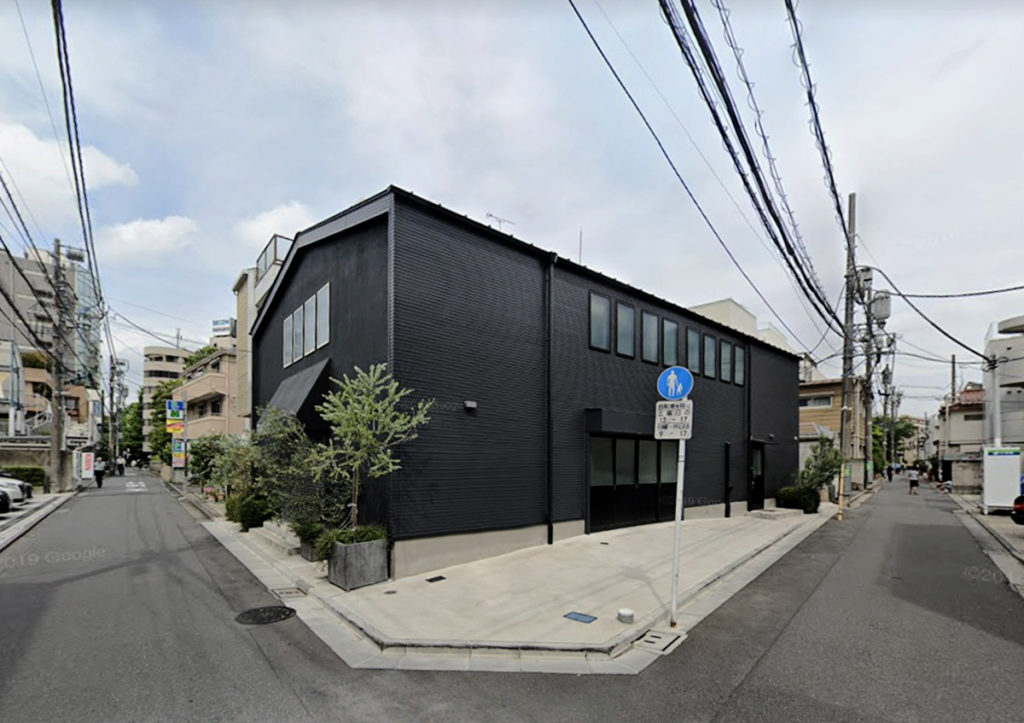 Following the official confirmation regarding the Tokyo 2020 Olympic games postponing the event to next year, Noire Gallery will also be following the Olympic calendar as initially scheduled and temporarily suspend operations at our location in Tokyo. 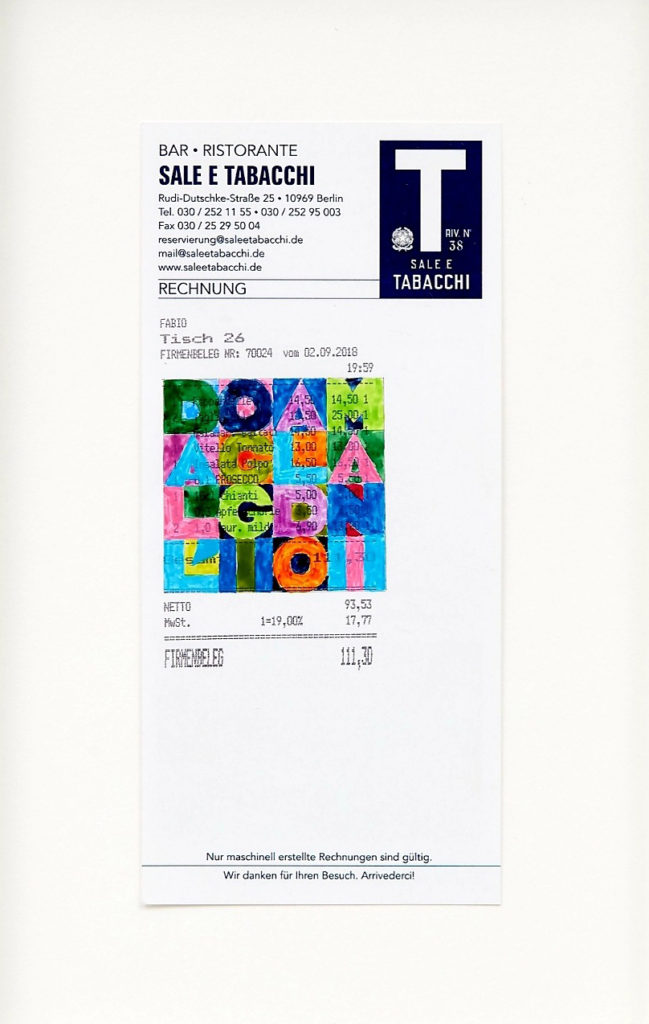 The Restaurant Drawings series began in 2015 when Jonathan Monk and his family relocated temporarily from Berlin to Rome. In Italy, receipts are often elaborate, with hand-scrawled notes and numbers that bear the mark of a server’s hand. “It’s not done on a computer—it’s a written receipt that the waiters add up and plonk on […] 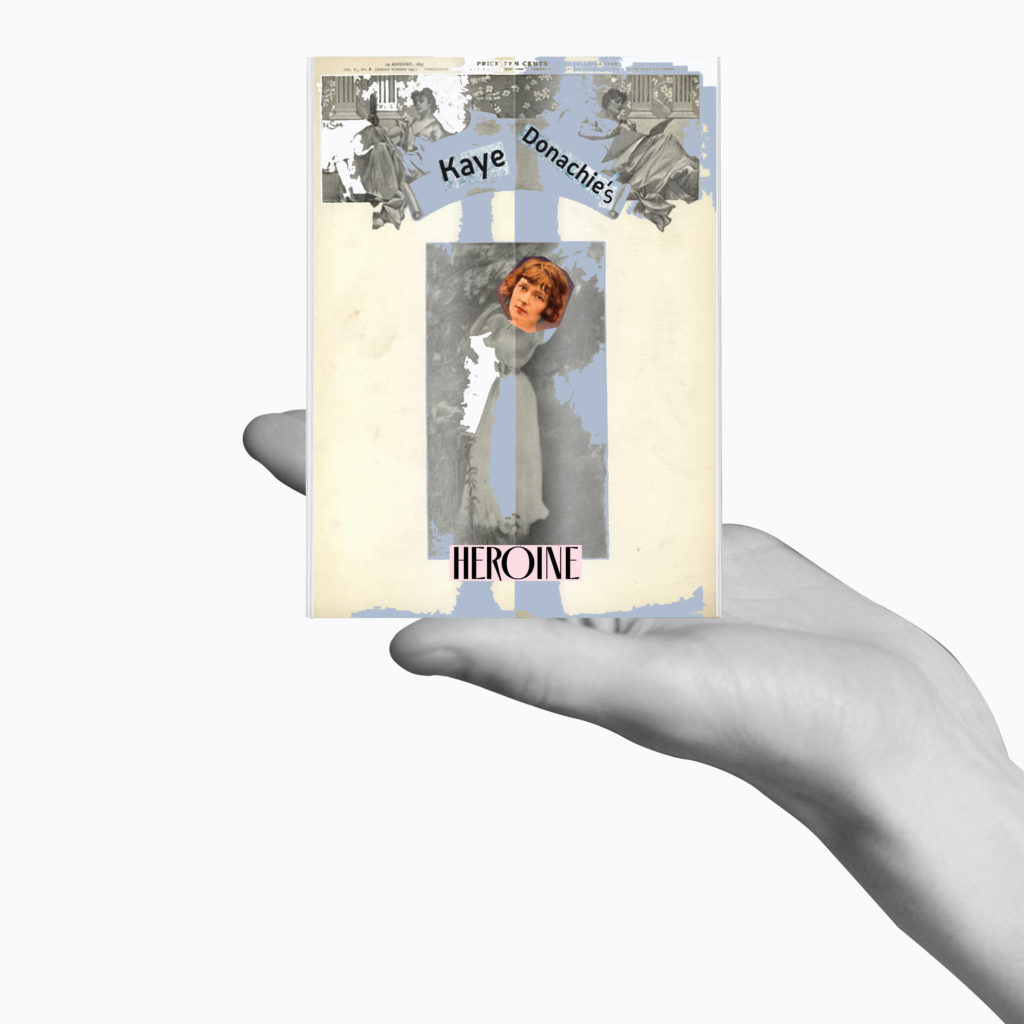 WHO IS KAYE DONACHIE’S HEROINE?

Katherine Mansfield is New Zealand’s most internationally famous author. She was a writer of short stories, poetry, letters, journals and reviews, and changed the way the short story was written in the English language. 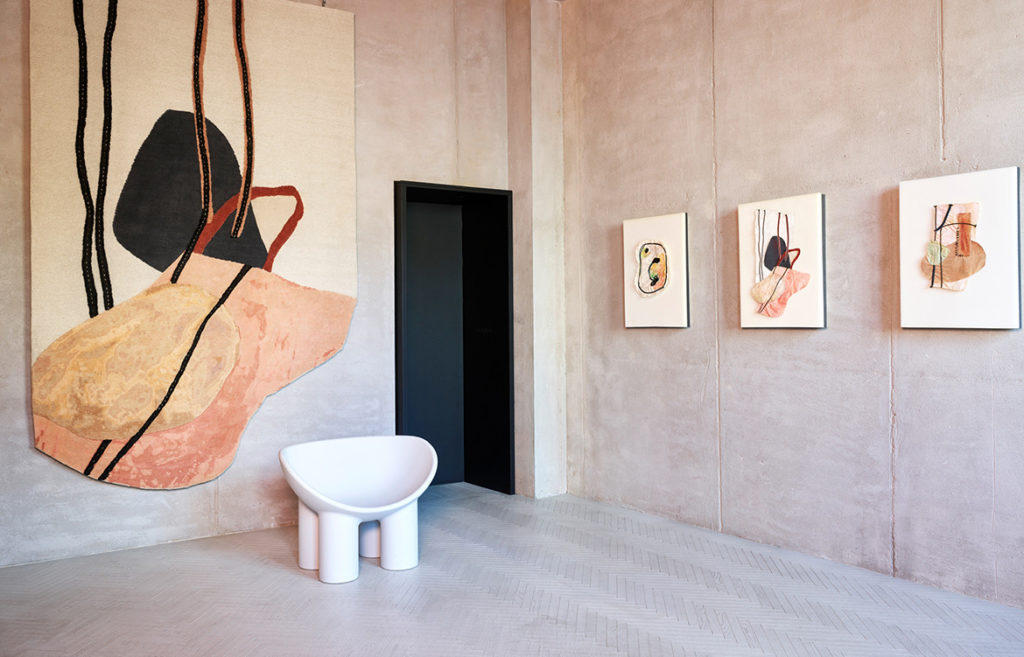 Faye Toogood has embraced many disciplines in her career, ranging from art to interior and product design through publishing and fashion . 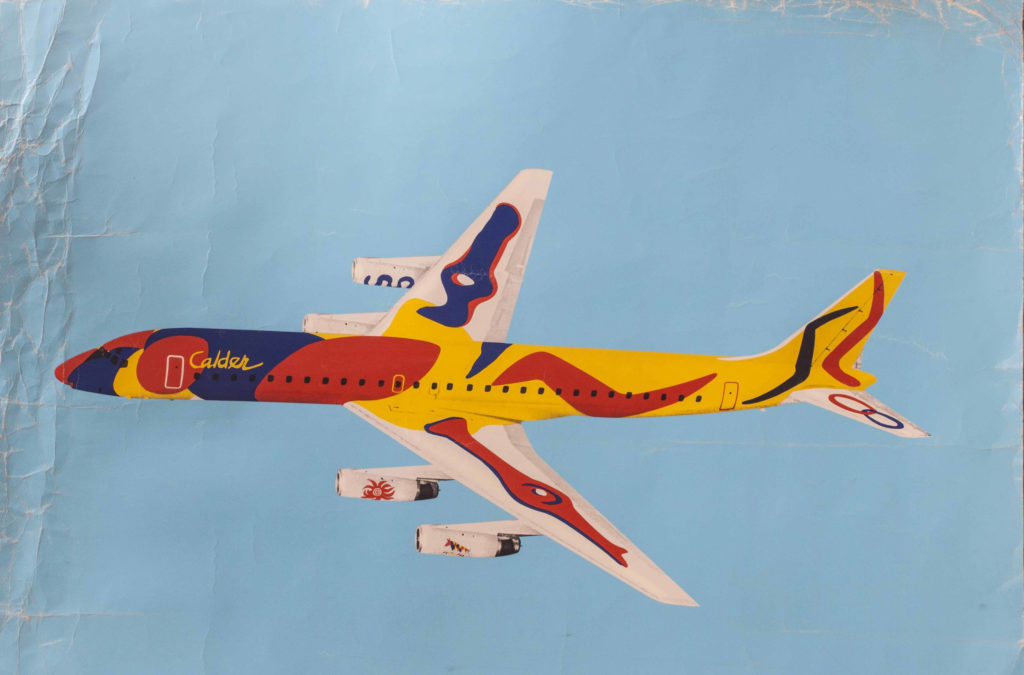 Mobile means “Alexander Calder”. In the 70s the artist has taken art in motion one step higher, to art aloft: an airplane painting. His work is filled with humor, it has all kinds of amusing details; and even when you’re sitting inside the plane, you look out and you can notice brilliant forms like moving […] 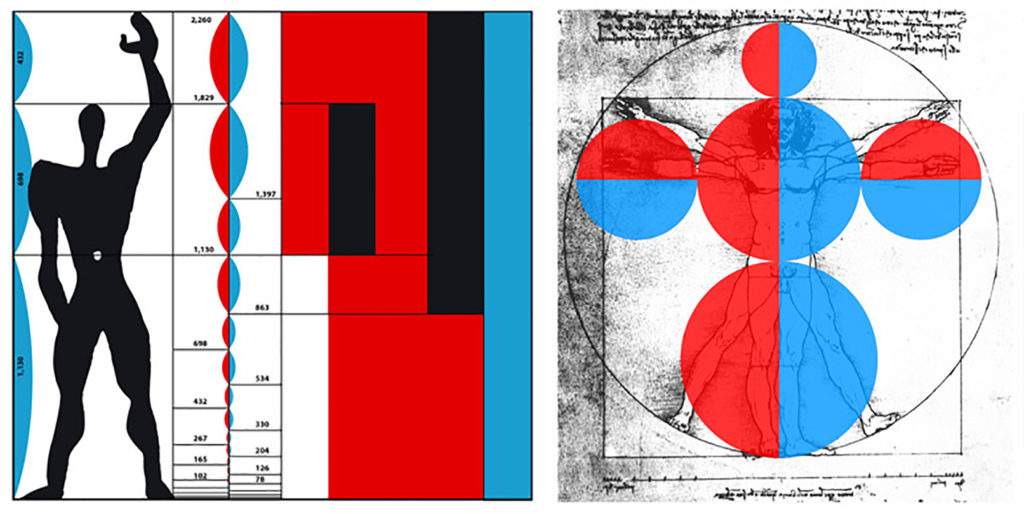 Untitled – Modular man with syringe, 2002 by Tom Sachs is made out of synthetic polymer paint on canvas. The artworks, as the title suggests, shows a synringe and a “Modular Man”, a clear reference to Le Corbusier’s Modulor.   The Modulor is an anthropometric scale of proportions devised by architect Le Corbusier. He developed […] 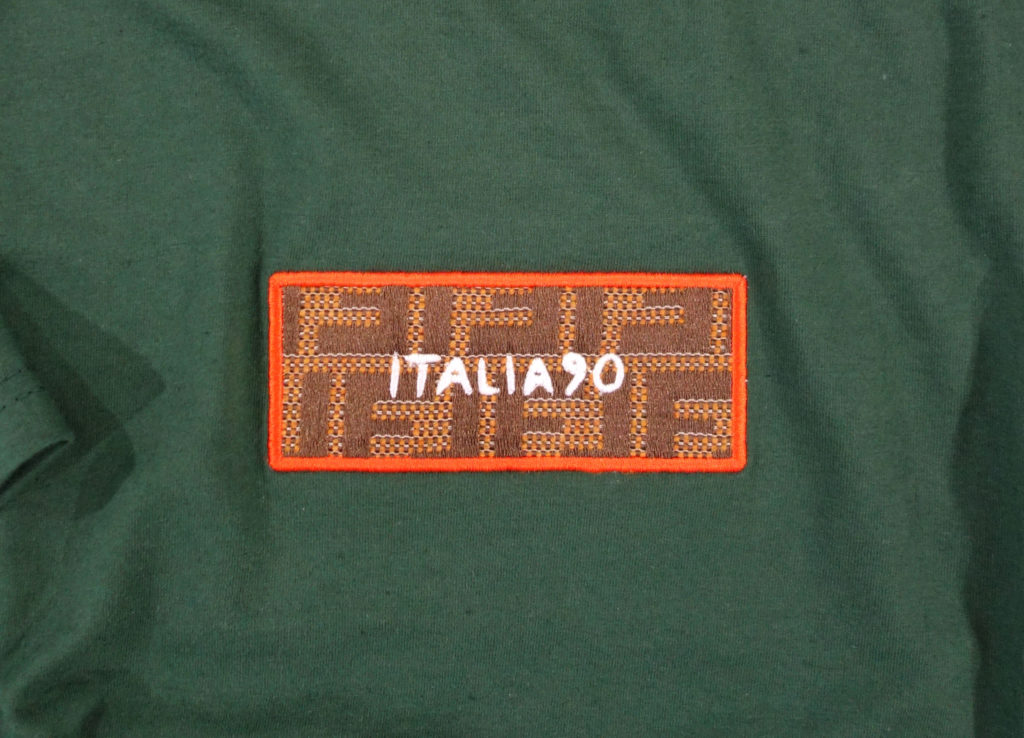 Italia90 isa a shared dream born in Turin, enhanced with personal life stories turning to a common generational take, abstracted to the point where fashion and art becomes contemporary image. 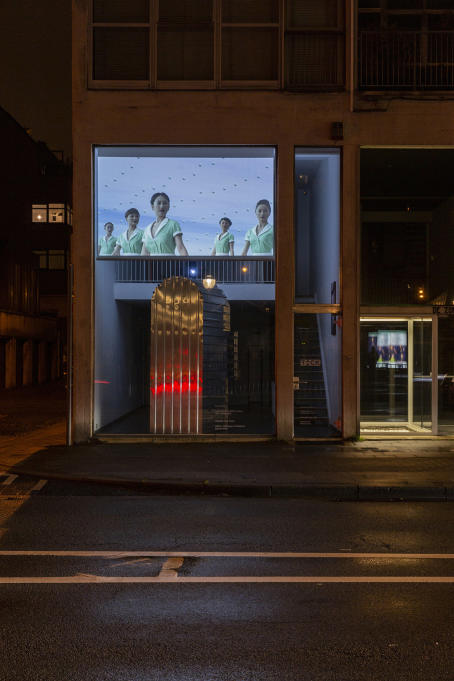 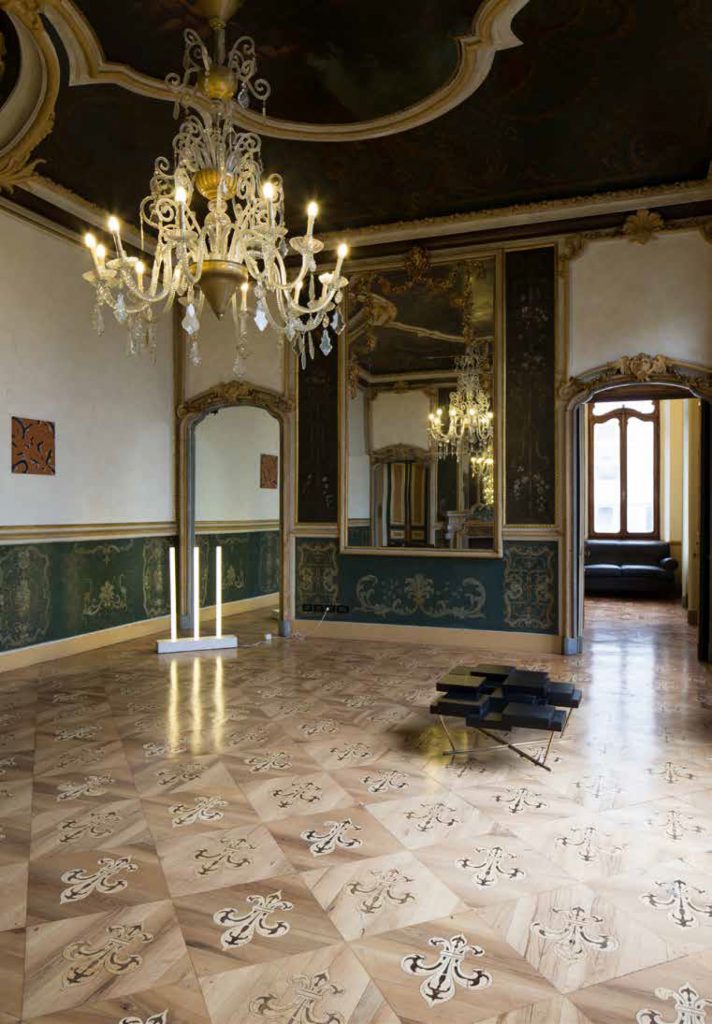 Feels Like Home is a project designed specifically to enhance and dialogue with the spaces of Villa Cairoli, an exhibition conceived for to showcase the art of the new generations in Turin within a famous historic home. 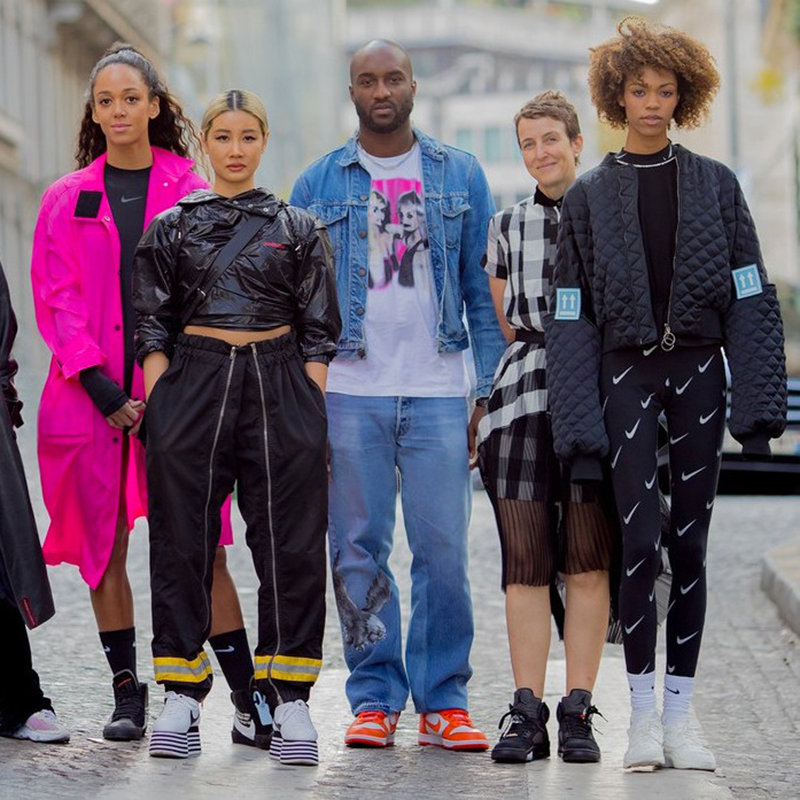 Through the use of his distinctive spray technique, WOC’s partnership with Abloh resulted in a number of collaborations for the SS19 Micheal Jackson capsule collection, staff t-shirts for the Paris women’s runway show and more. 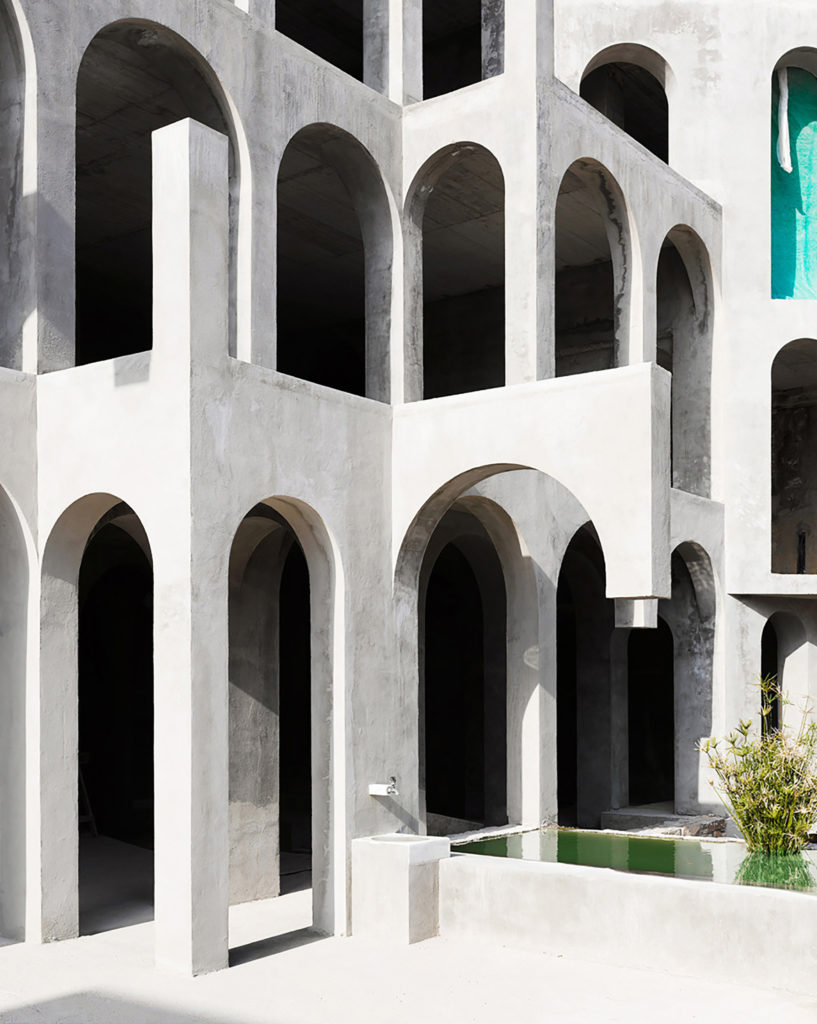 Nestled in the suburb of Esplugues de Llobregat, Barcelona, we can discover Xavier Corberó’s 32 square kilometer terrain. With a summary of nine buildings, the estate is a labyrinthine cabinet of curiosities concealed by a heavy medieval stone fence. Xavier Corberó has been considered by many to be the most significant Catalan artist since Gaudí. 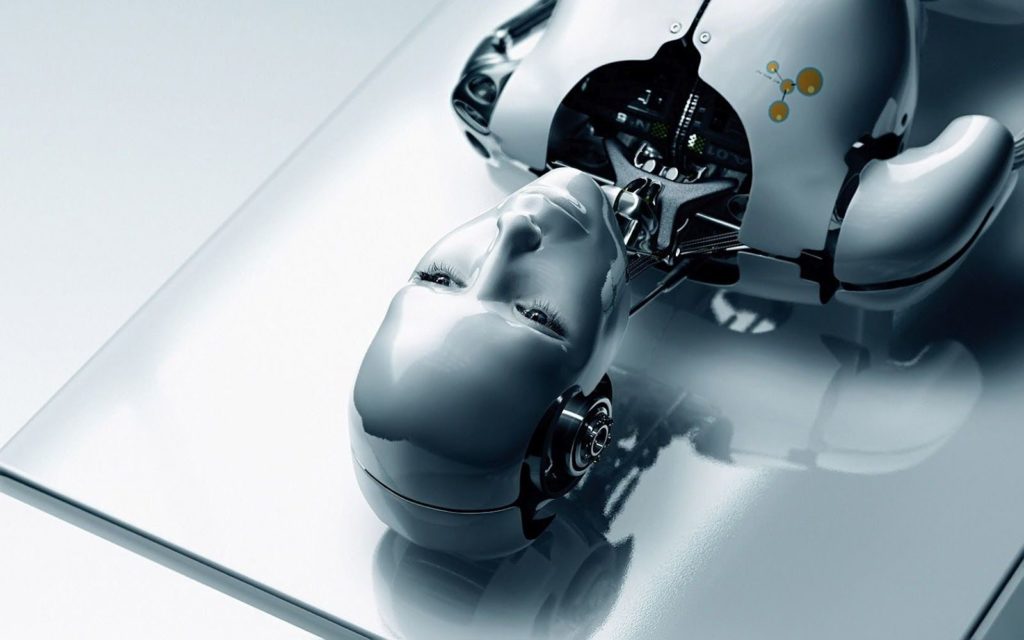 Described by some as “the greatest disturbed talent videomusic has ever had”, Chris Cunnigham is known for his disquieting, funny and disturbing settings. Cunnigham has worked with several electronic musicians of the 1990s creating some of the most iconic music videos.

Naimanan uses playful and subversive twists to create objects that move away from their primary function toward an unconventional and inverted perspective that demands us to Keep Wrong rather than right.  Ça ne vaut pas un clou is based on the French expression for a worthless item and originates from the Hidden Wealth project presented at MoMA in 2005.