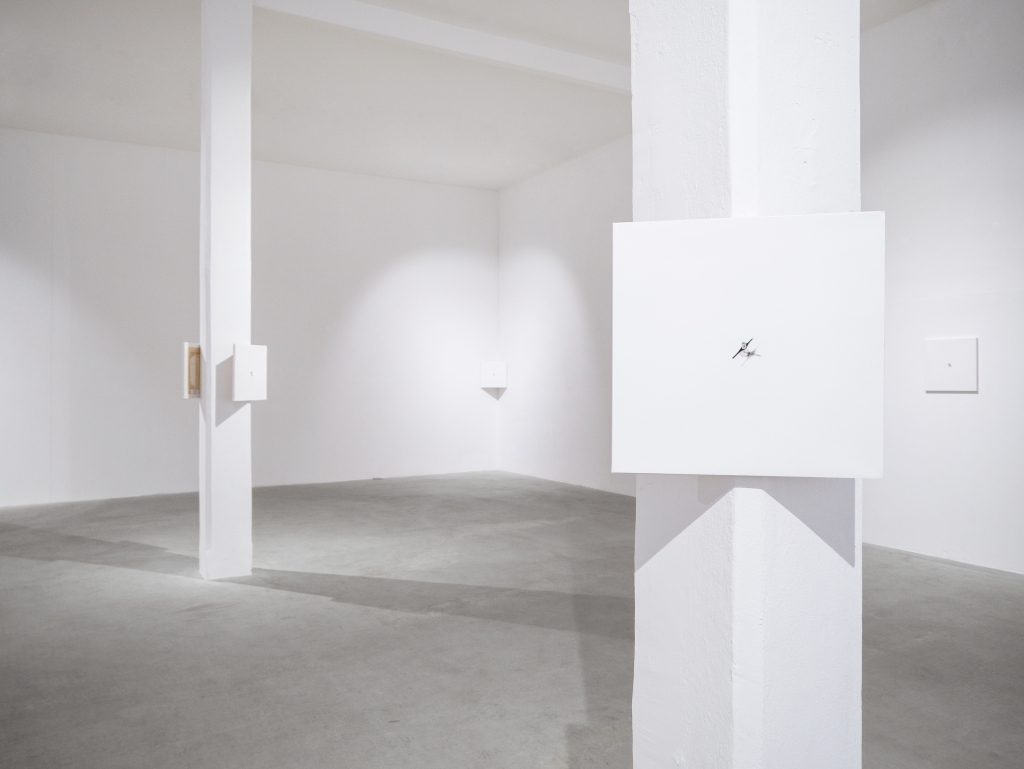 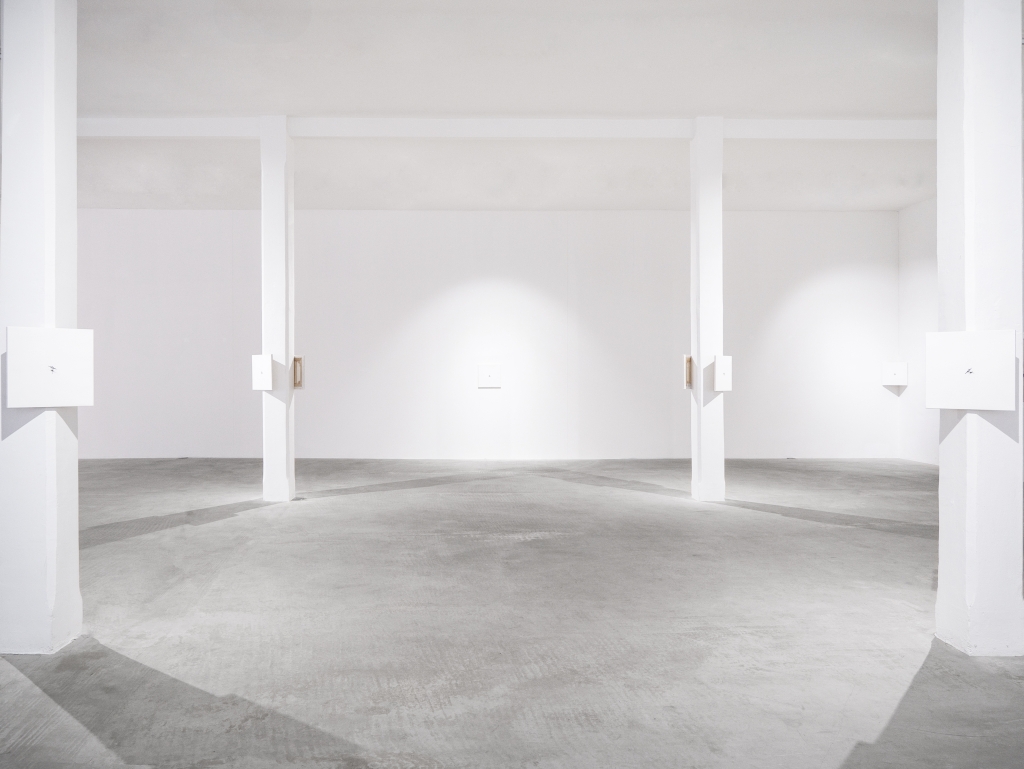 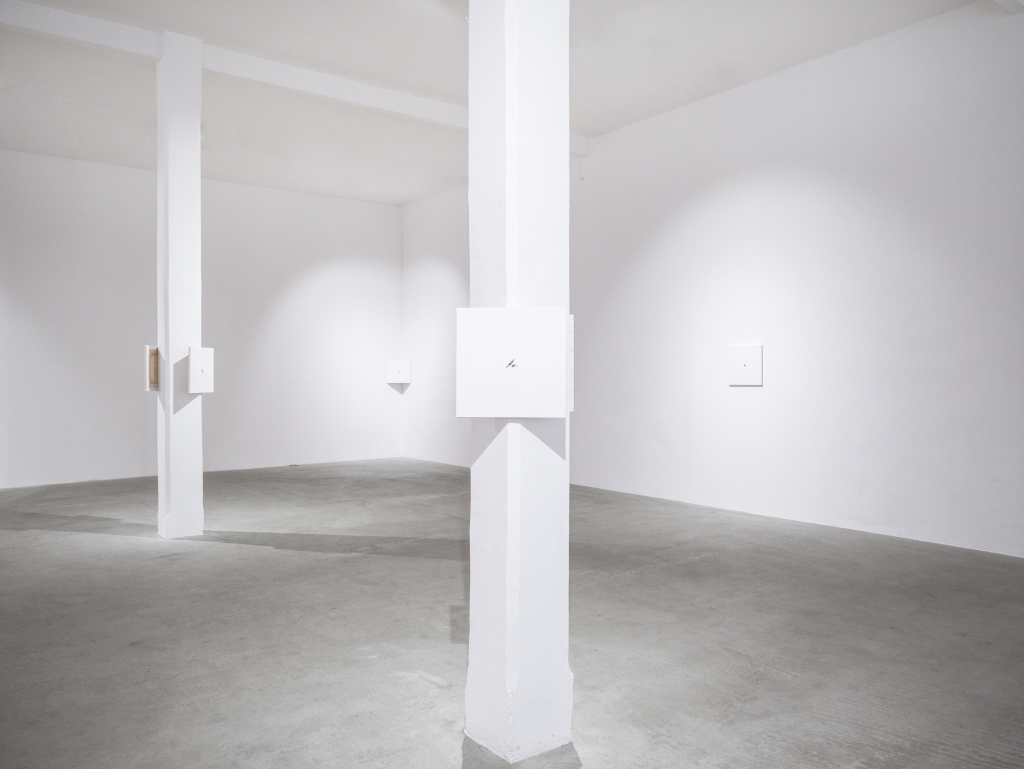 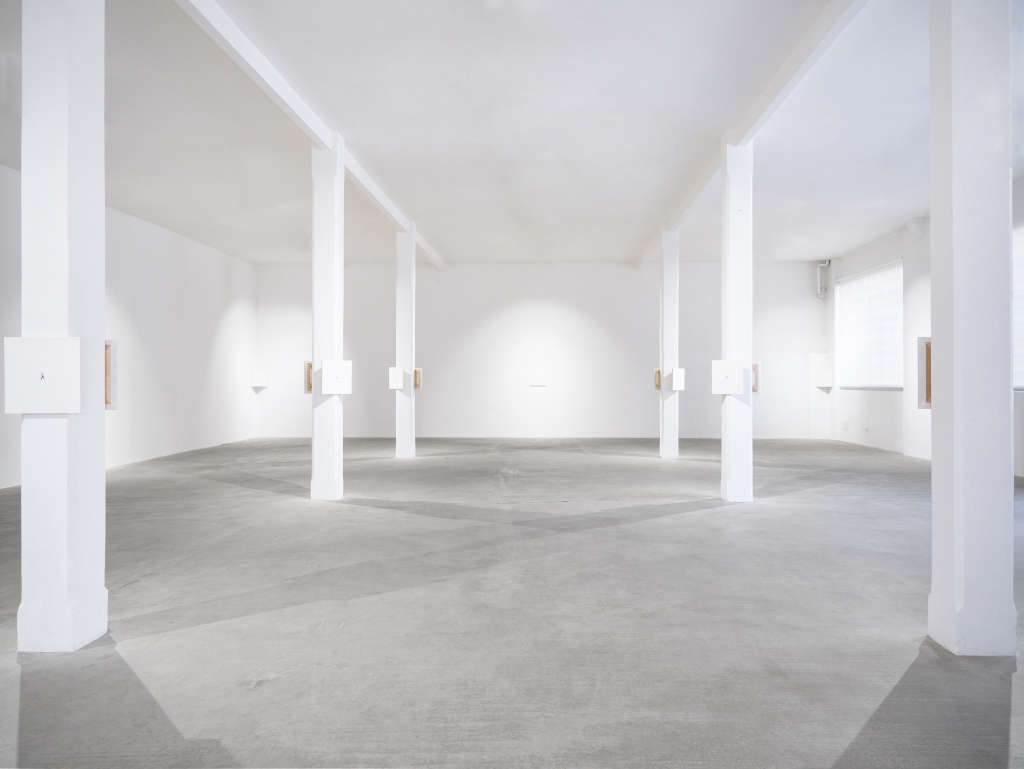 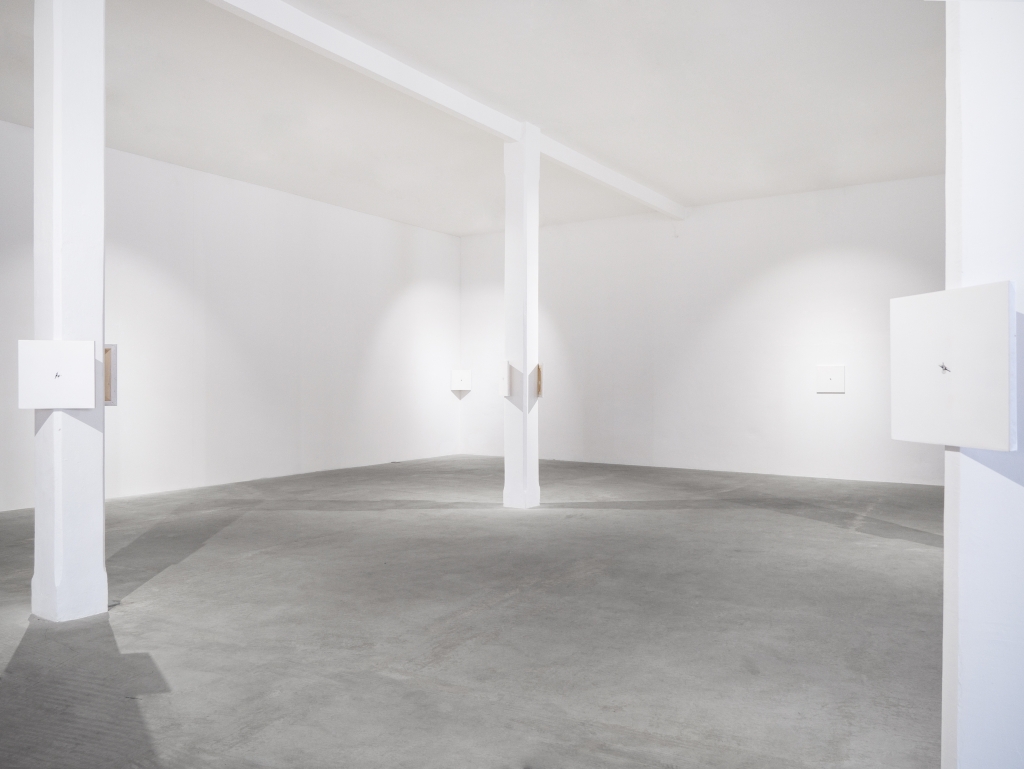 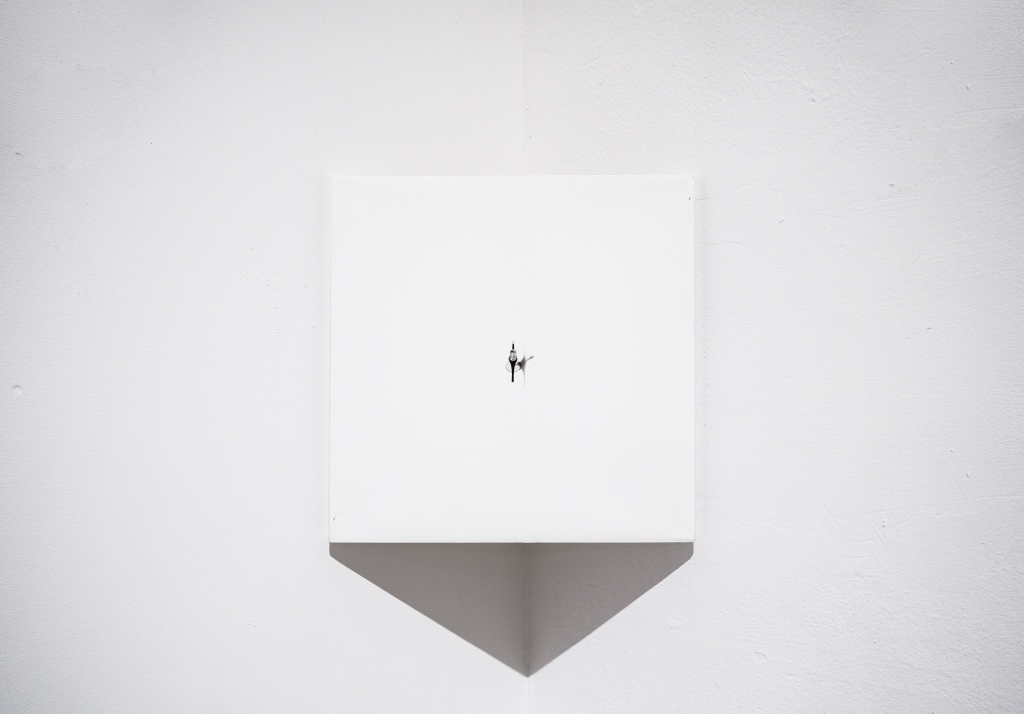 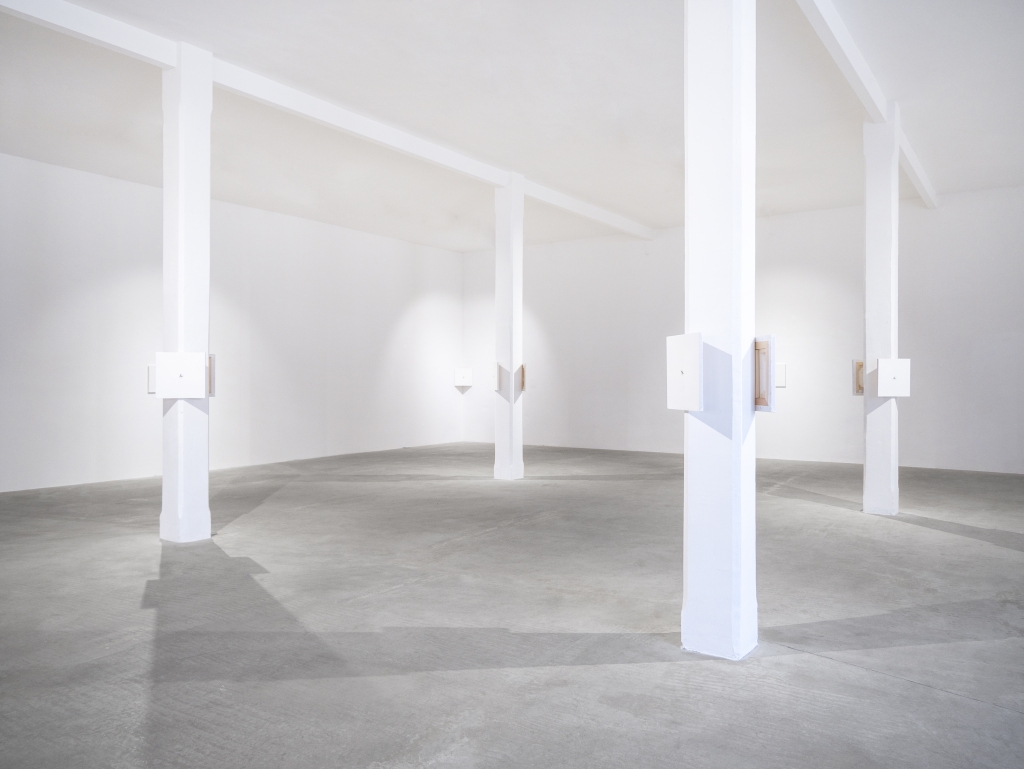 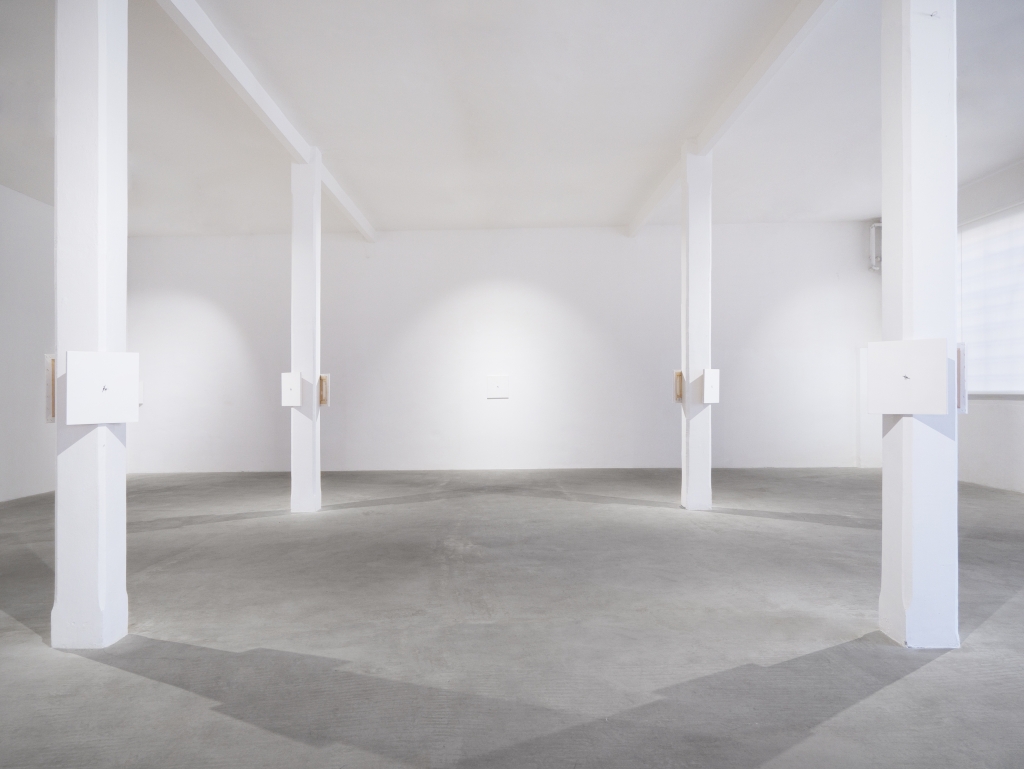 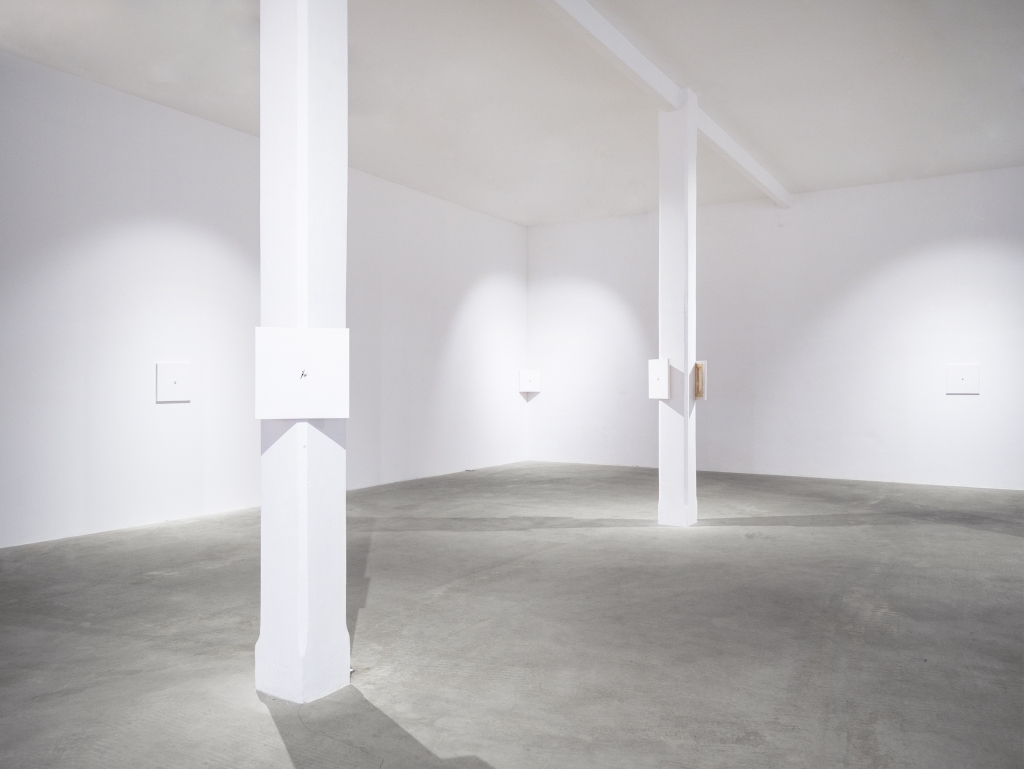 Noire Gallery is pleased to present Direzioni by Giovanni Anselmo. The exhibition pays homage to a landmark work entitled “Un particolare a sud, trecento milioni di anni a ovest nord-ovest, 14 disegni intorno,” created in 1978 on the occasion of the artist’s solo exhibition at Sperone Westwater/Fischer in New York.
The fine edition created by Noire (1978-2007) is on show on the ground floor of the gallery and features sixteen plates printed with graphite jet on handmade paper, mounted on canvas and attached to a frame. Each board represents a magnetic needle oriented in the natural North-South direction, around which the artist has drawn sixteen points of view. Their arrangement and orientation on the walls are determined by the magnetic needle of the work Direzione to which they refer and around which they are placed. Direzione thus determines, on the one hand, the orientation of the works in space and, on the other hand, the works through a space of movement oriented toward all cardinal points.
Accompanying this work are additional editions made over the years by Noire, a kind of narrative illustrating the artist’s journey: “Lato Sinistro” (1977-2007) refers to a work made in 1977, in which Anselmo shows us his face as it is, and as only he sees it in the mirror. The experience of the artist transforms the way we are used to seeing things. “Il paesaggio con mano che lo indica” (1982-2007) is a reflection on the relationship between man and nature, focused by the drawing of a hand depicted in the gesture of pointing to the actual space in which the viewer stands. “Leggere” (1996) in which the writing is printed on each of the 11 plates of different sizes, which make up the work, from the very small, almost invisible, to the very large, with a piece of a single letter invading the entire page. The work begins with a completely white board and ends with a deep black one.

The exhibition is a path of trajectories and directions in which the visitor is made a participant and in this regard the artist reminds us: “I, the world, things, life, we are situations of energy and the point is precisely not to crystallize these situations, but to keep them open and alive as a function of our living.“