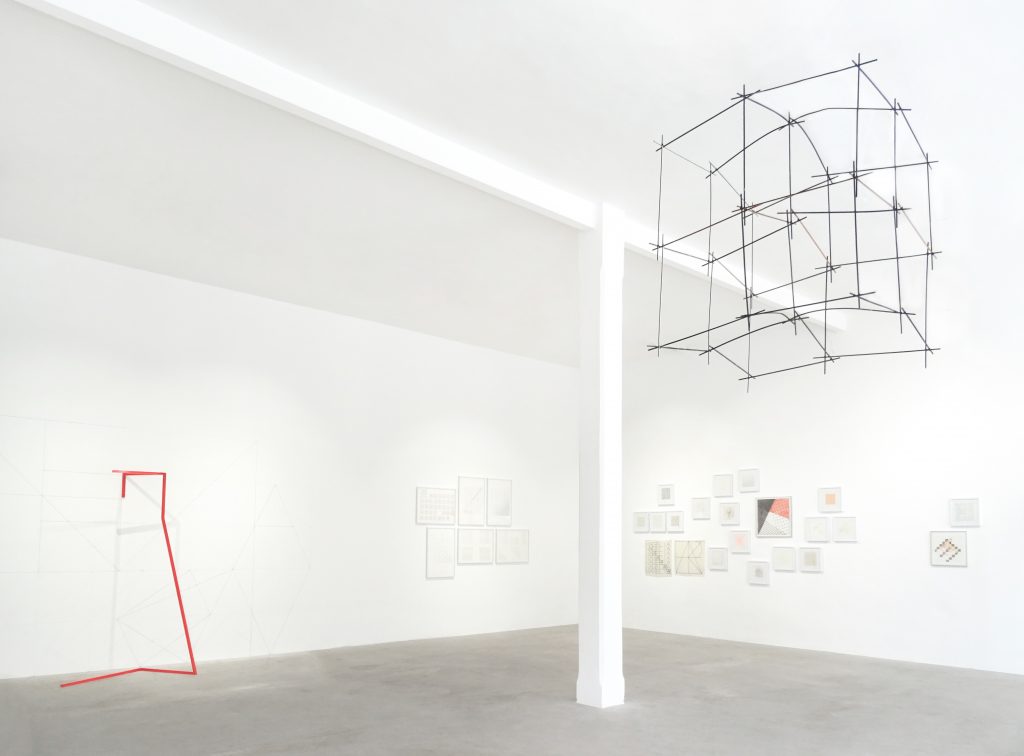 Noire Gallery, always focused on the interdisciplinary nature that characterizes the contemporary culture and on enhancing the territory, is pleased to host in its venue in Via Piossasco, ALFABETA – Strutture-Scritture: Spazio Tempo Architettura: the exhibition – also part of official program of the Graphic Days Torino festival – presents an unprecedented collaboration between Leonardo Mosso and BRH+ in the gallery’s exhibition spaces. Exactly 50 years after Mosso’s first intuitions on the subject, the show elaborates an experimental reflection on the relationship between visual signs, graphemes and space, identifying the characters of a language designed to express impactful contemporary concepts.

The irregular experimental approach to the themes of research in design by the eclectic architect and artist Leonardo Mosso, who has developed since the 1960s the “theory of semiotic structural design” and “non-authoritarian programming”, placing the elaboration of the concept of “structure” at the center of his research, stands in continuity with the idea of BRH+, a studio founded in 2002 by Barbara Brondi and Marco Rainò, according to which the “design process” is intended to be understood as one of the most refined and powerful cultural communication’s devices in the contemporary world.

Born from an intense dialogue between two generations of designers, ALFABETA explores a process of “multiple integrations” – graphic-architectural, but also digital-analogue – among the authors’ thoughts. The works on display explore three different key systems of ideograms and alphabets with a square modulation, presented both in the original versions, which Mosso has been proposing since the end of the Sixties, Seventies and for part of the Eighties, and in the updated versions by BRH+, which interpret the native structures-scripts through the proposal of new applications.