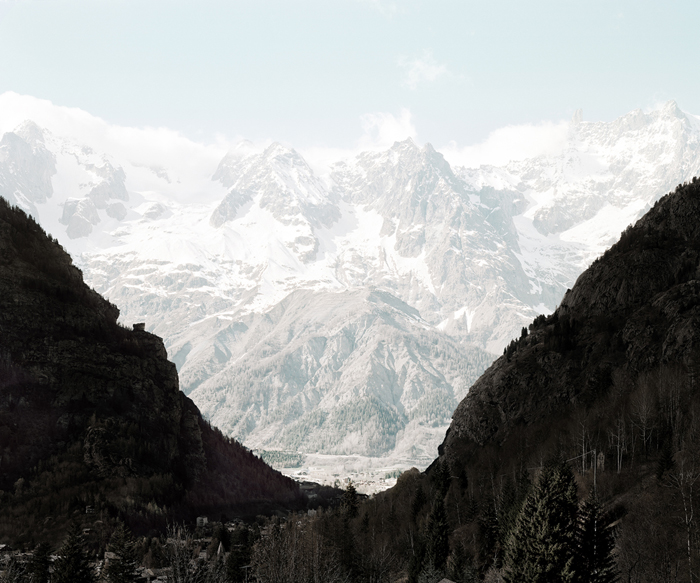 Noire Gallery will have the honour of presenting Mountain Passion, an extraordinary insight into the Alps through historical and contemporary photography.

The first half an hour uphill is hard work. Then your body follows you and you start climbing. A musical rhythm carries you and even your head follows the music. Step after step and the weight becomes lighter. You need to get to know the mountains, where knowing and doing become one. The climber creates the mountain, he claims it inch by inch, touching the rocks, recognising the rifts, the gorges.
Mountain Passion, follows this line of thought and the artist becomes the climber. The exhibition, held at Noire Gallery, is an extraordinary insight into the Alps through historical and contemporary photography.
Vittorio Sella (1859-1943) is one of the most particular examples. He was an excellent alpine skier and photographer and opened up different paths and organised expeditions in areas which were unknown and had never been mapped. With extremely heavy plates 30×40 cm and all the equipment he needed to emulsify, film and fix, Sella climbed the Alps, Caucaso, Asia, Alaska and Africa. He was a great photographer, for sure, but also a experimenter and artist. In 1889 on a trip to central Caucaso he wrote in his diary:”…exact notions or admired views do not remain in our minds. We believe to have felt strong emotions; but we can only recall the physiognomy which held such fascination on our senses of what we saw in a confused manner. Photography helps us to choose, to be precise and to idealise the elements which imply an Alpine scene…” The exhibition shows a selection of about thirty images (albums, scenery) chosen with the precious help of Angelica Sella and the Sella non profit foundation.
Alps-Geographies and People by Olivo Barbieri (1954) is the climber’s perception of the mountains: peaks, cliffs, crevices, optical illusions and hallucinations in the geography. In these pictures everything is true. The proportions and the shapes are real. Even the people and the positions in which they are found are real. The climbers cross rocks, cliffs, summits in their attempt to find hidden truths in the silent maps of geography.
Mont Blanc. Just things by Francesco Jodice (1967), are five stories on the Mount Blanc.The scenery described are paradigms of special cultural conditions. It is not the place in itself which expresses a value for the artist, but rather the atmospheric conditions of his social landscape. “Why… as Jodice tells us… the mountains do this, a primary force which strikes the negligent, taking their life but then, in time, returning parts of their bodies, pieces of clothing, personal belongings, letters, monkeys, belly dancers and other treasures. But above all, the mountains, in the space of time between the tragedy and the restitution, digest and the remains undergo a phenomenon of metamorphosis. The things which were originally simply material return to the valleys in another time and with a different significance, becoming strange stories.”
Stefano Cerio (1962) offers a completely unpublished view of known and common places with his photograph series Night Ski. At night…the ski slopes, the lifts, the mountain paths, become places in which our normal perception gets lost. The artist empties these tourist spaces of the human presence to reveal a surreal and harrowing reality. A intense look on the absence and the essence of contemporary scenery. Mountain Passion ….a journey without end…..