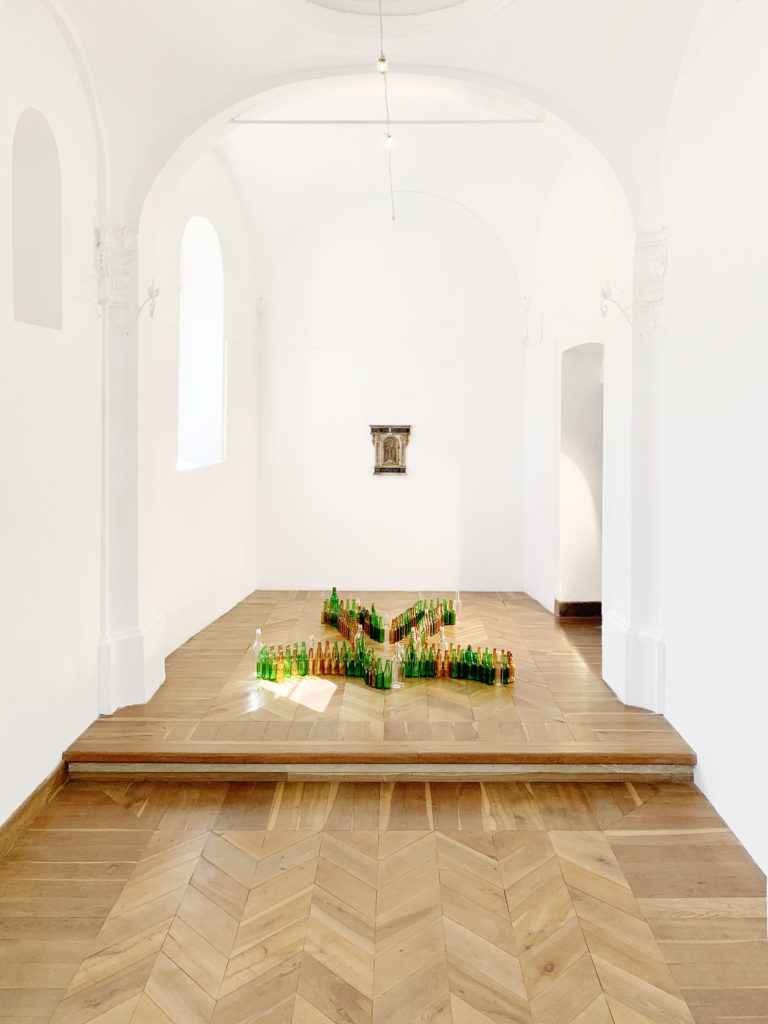 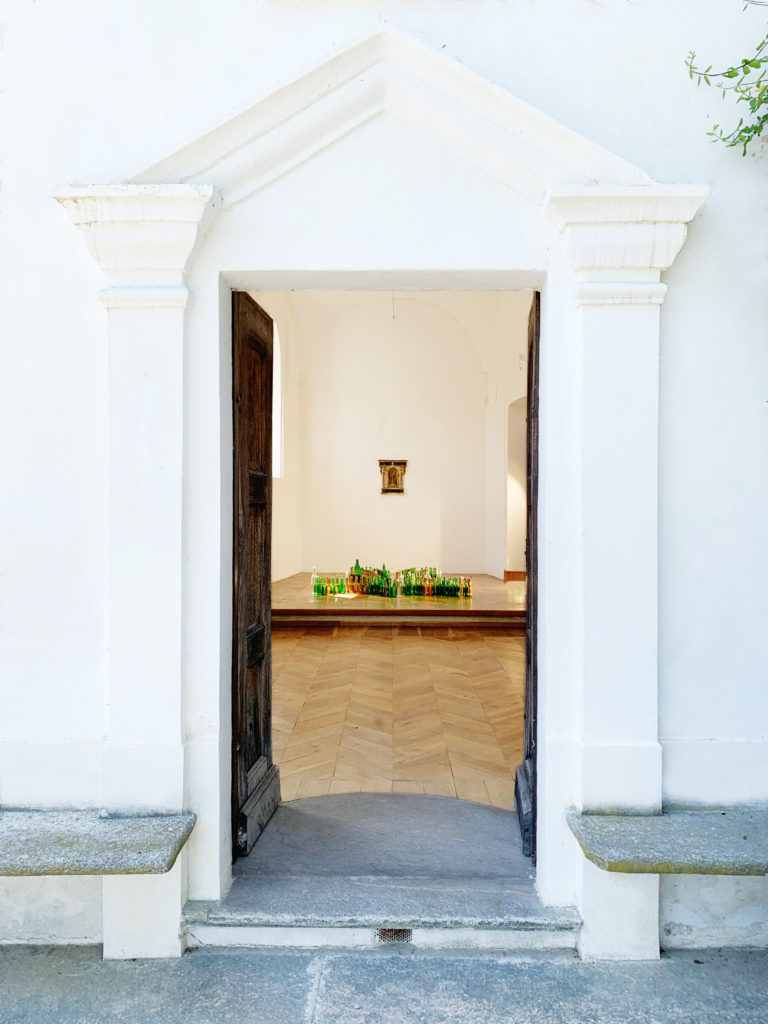 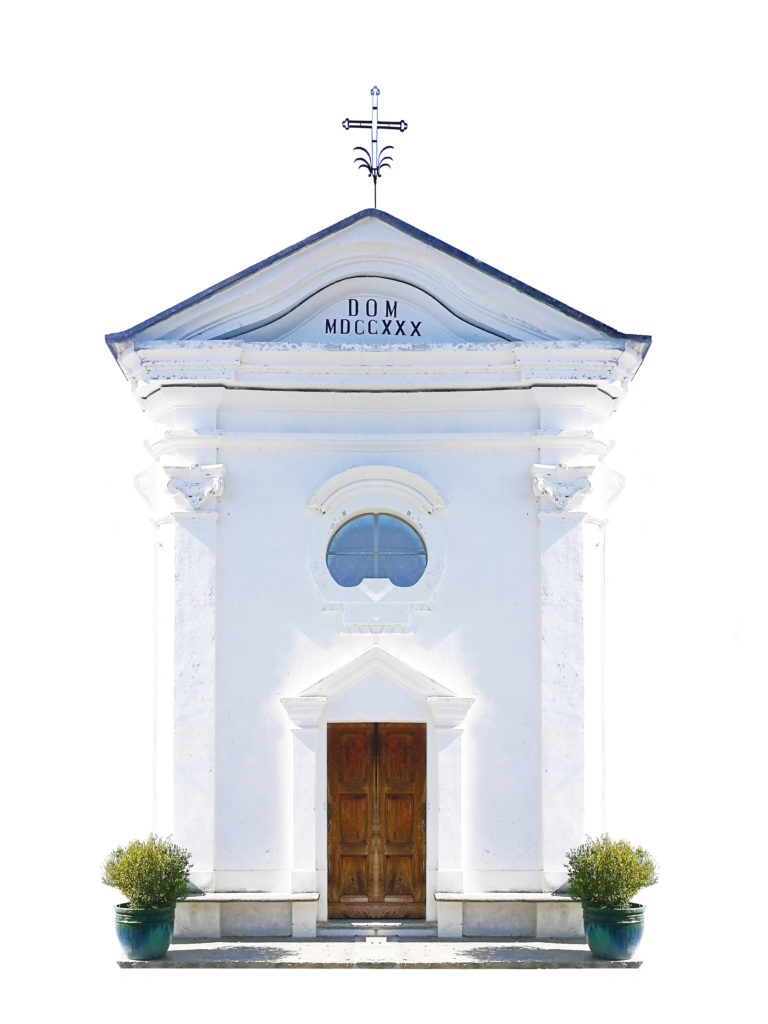 Noire Gallery is delighted to announce the latest site-specific project Bottle Man (Suavely) by Valentin Carron at the Noire Chapel of San Sebastiano, a location that represents the artistic tradition of Noire Gallery.
The space, frescoed by Sol LeWitt’s wall drawings (double drawing: 1st wall-horizontal not straight lines not touching, 2nd wall-vertical not straight lines not touching, 1972), hosts site-specific projects by international artists who are invited to deal with this intimate and memory-rich venue.
As Tillmann Severin says:”With his sculptures and collages, Valentin Carron imitates traditional handicrafts, lesser known art-works (some of which were meant for the public space), stereotypical forms of modern art, and certain forms of the everyday. By appropriating these objects, he questions originality, authenticity, and identity in the globalized world.”
In the Bottle Man, Carron drew inspiration from different websites presenting pictures of drunken bodies, decorated with empty bottles and then photographed by their drinking buddies. Through this work, Carron pushes his approach to sculpture one step further: Instead of addressing himself to the real public space, he pulls 2D motifs from the Internet – the virtual public space – into the real world. Every single bottle from the Bottle Man silhouette is crafted by a master glassmaker, copying Heineken, Corona, Super-Bock, a few bottles of wine, Jägermeister, and vodka – as if the internet with its claim to spread authentic pictures had fallen directly into the exhibition space”.

Born in Martigny in 1977, Valentin Carron is one of the most important Swiss artists of the youngest-generation. He has developed an oeuvre that combines central traditions of contemporary art making and questions their current meaning. In this way, Carron uses different approaches within his work, such as those of the tradition of Pop Art, the sociological search for clues and post-studio production. More recently, Carron has broadened his range of subjects, looking towards the presentation of culture and history in museum and taking on themes of power, politics, and classification.