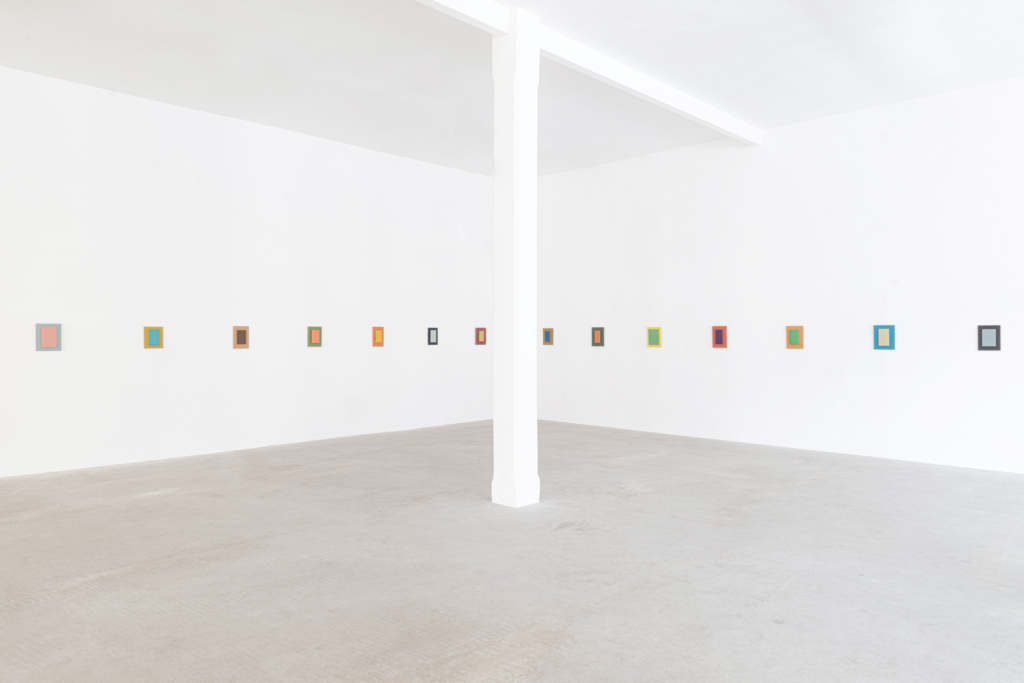 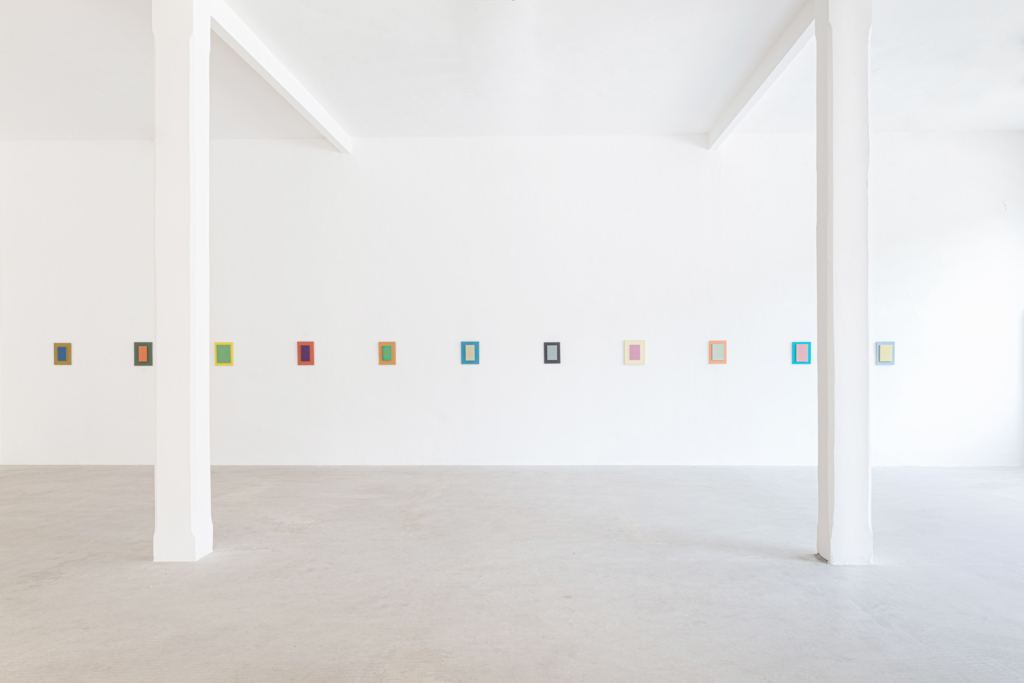 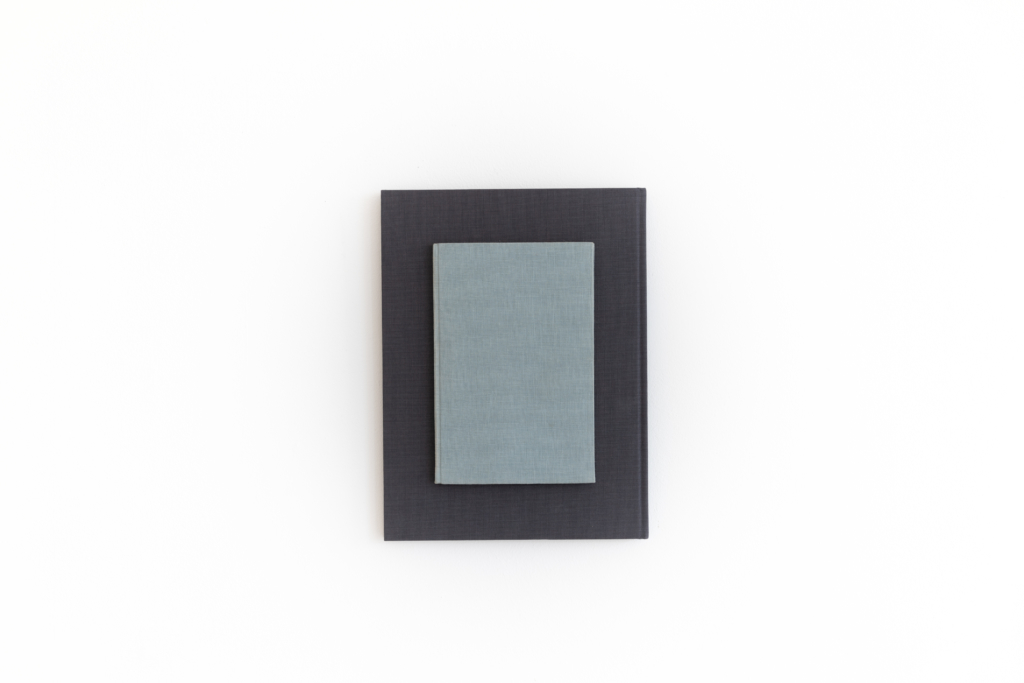 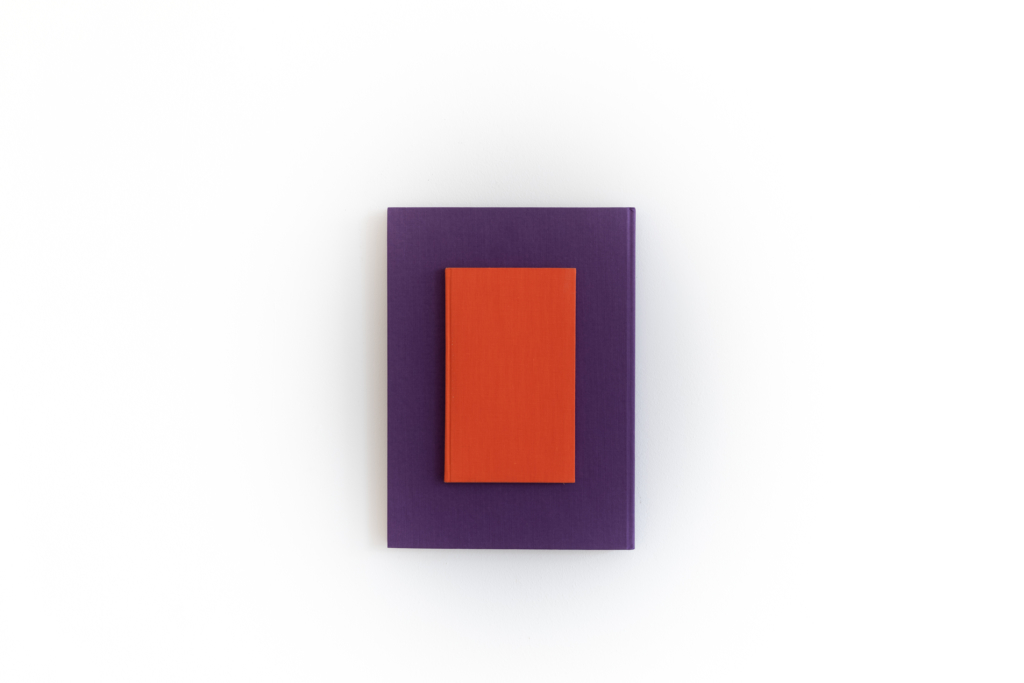 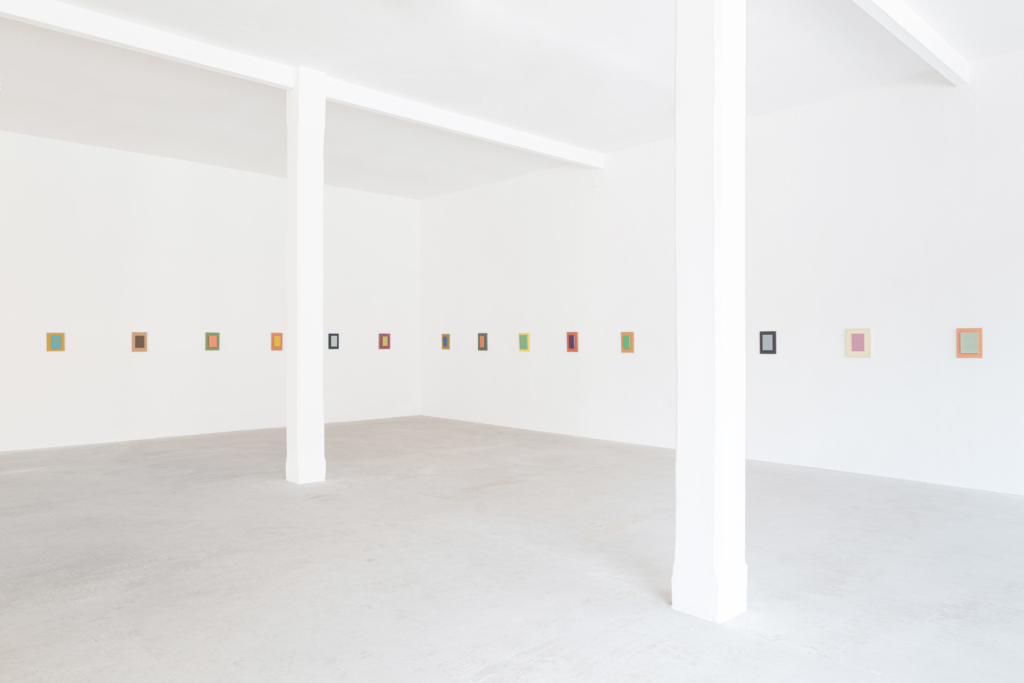 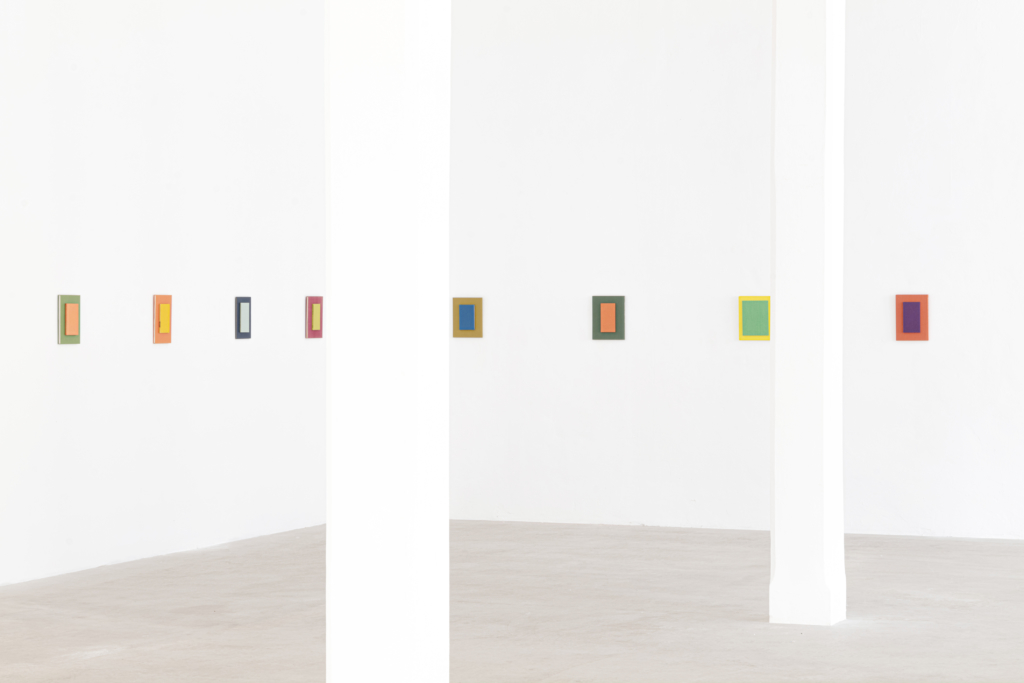 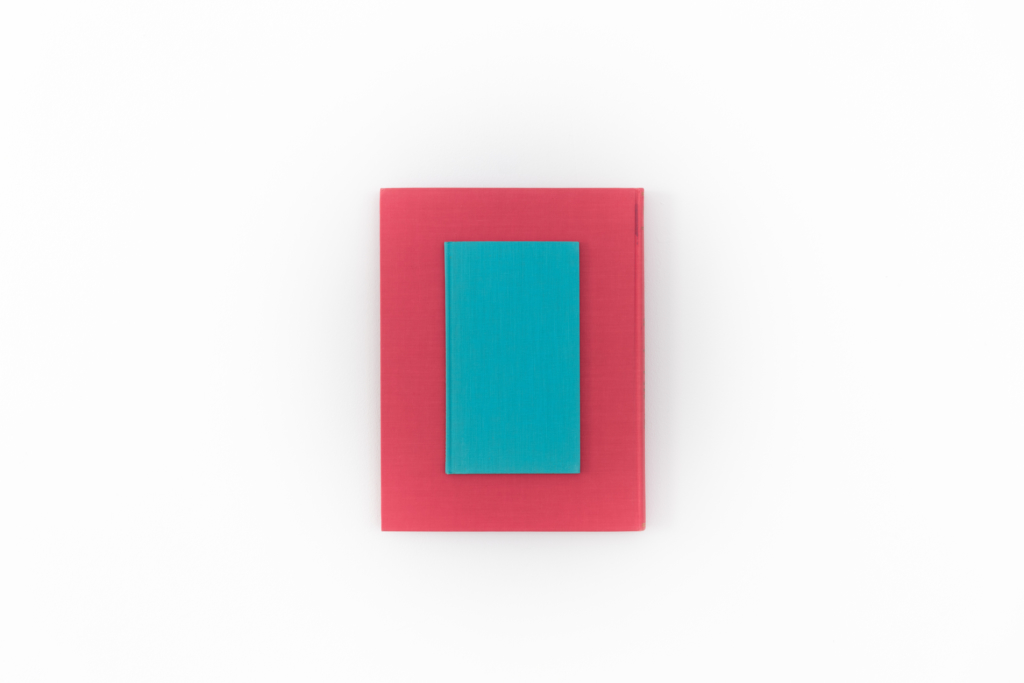 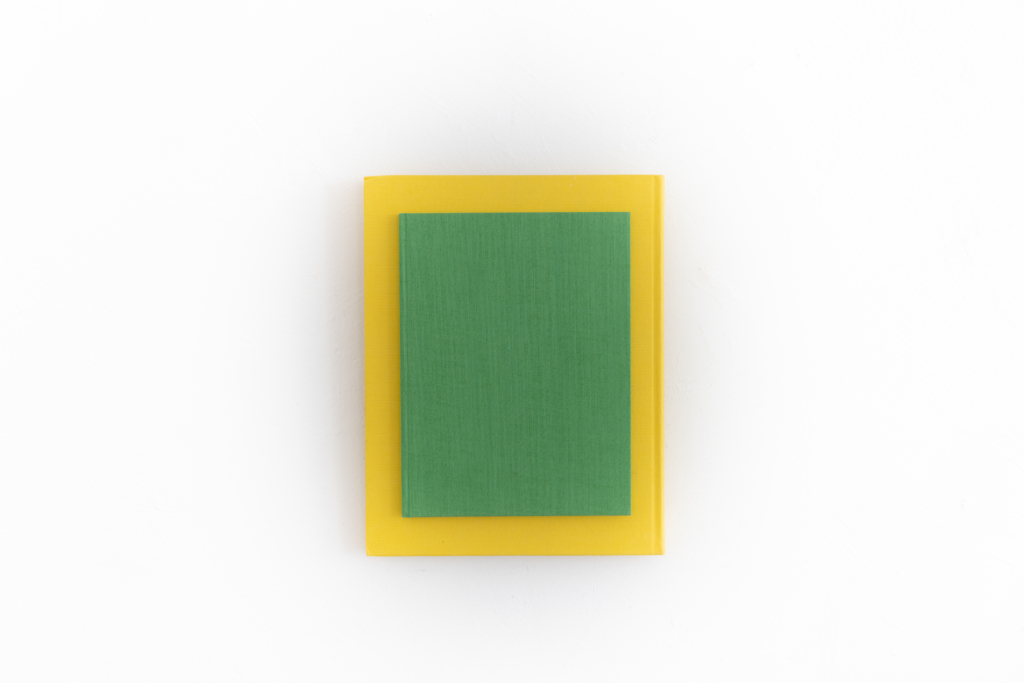 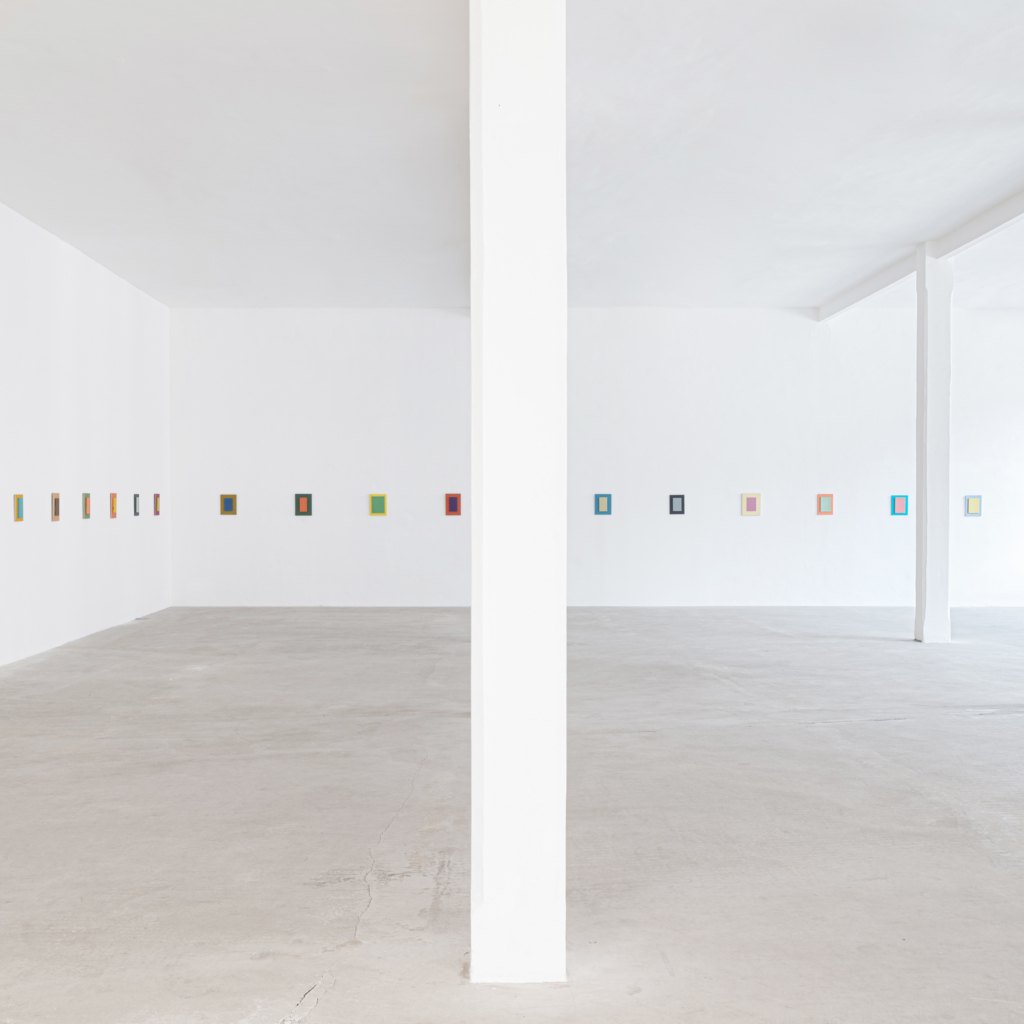 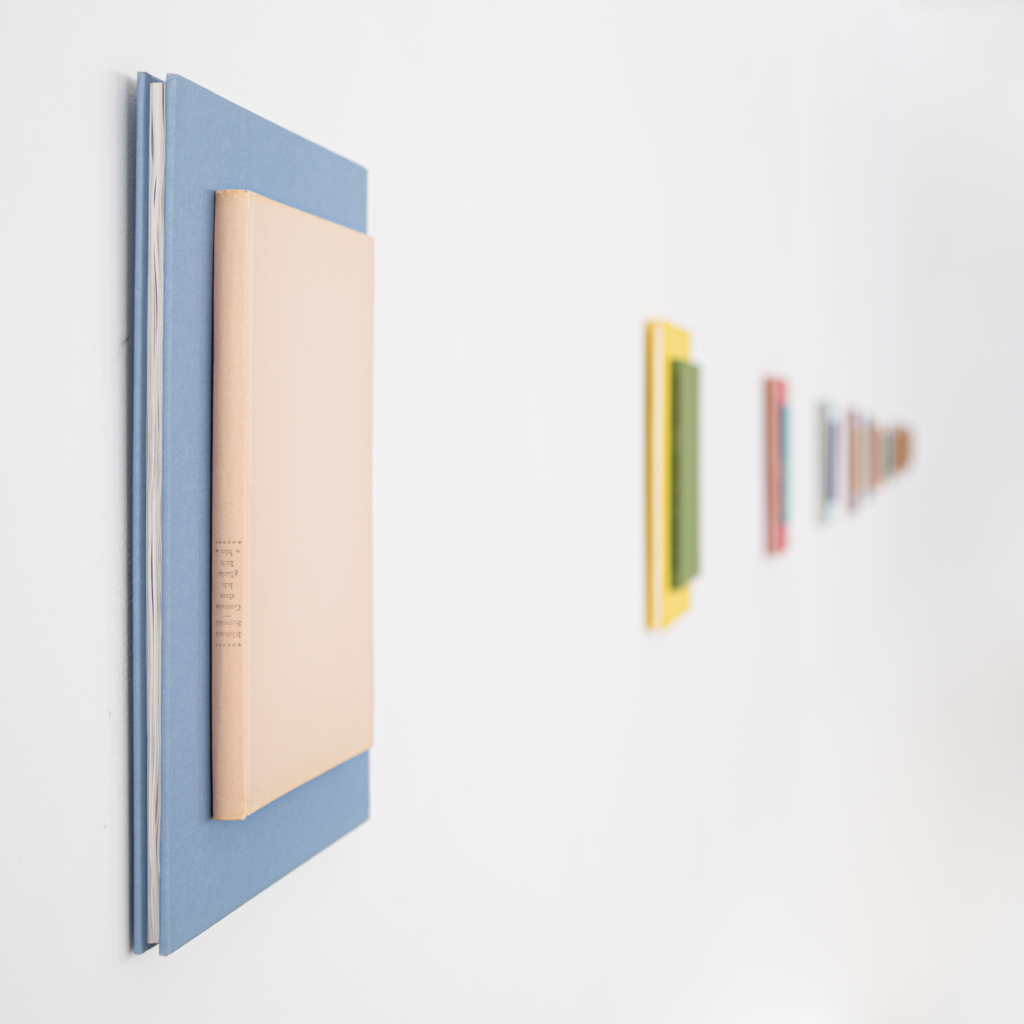 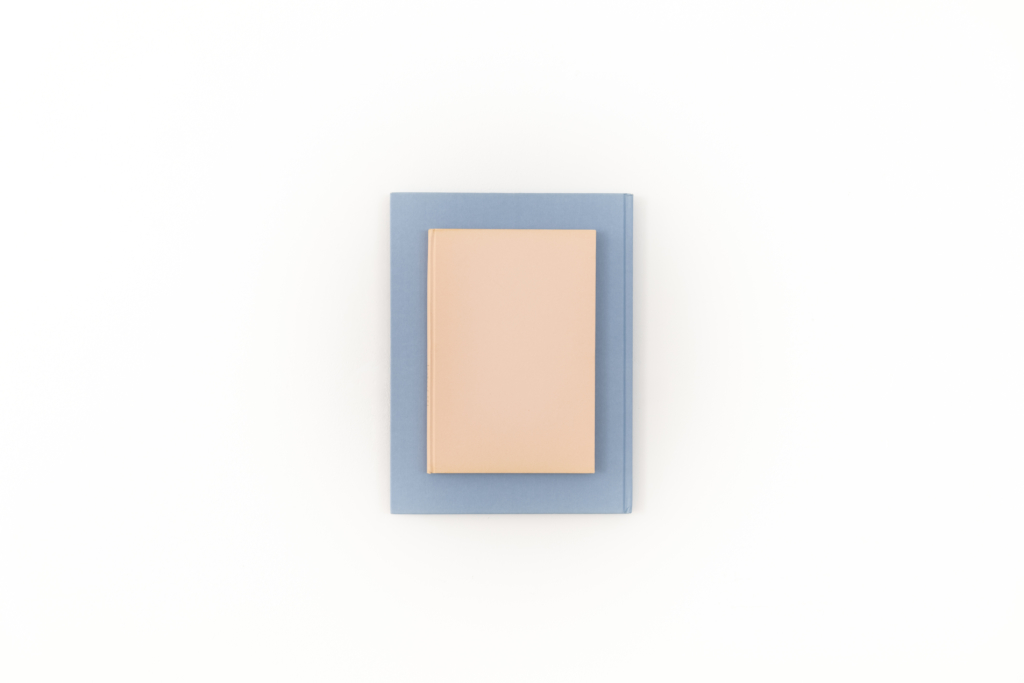 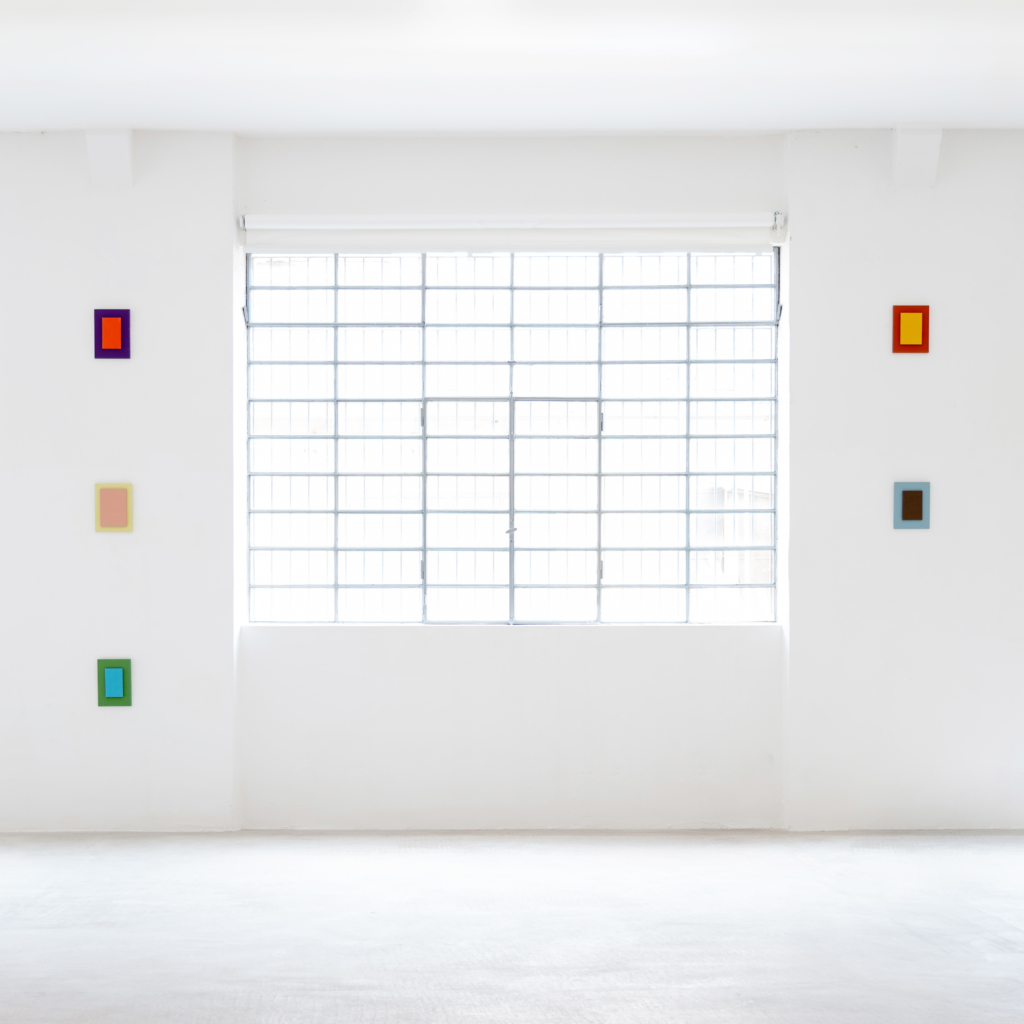 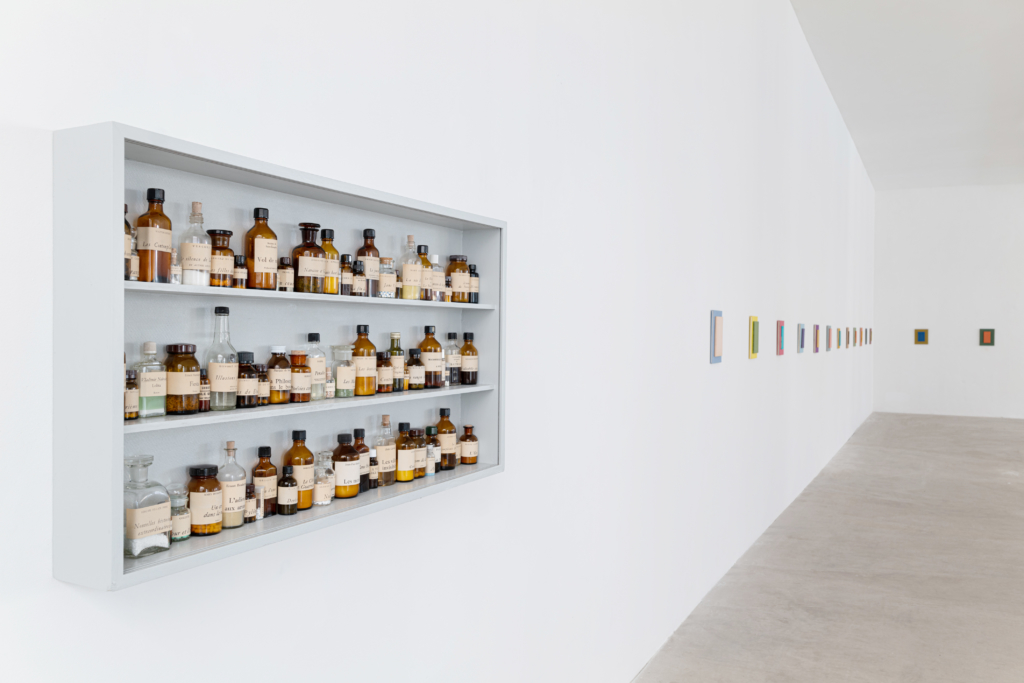 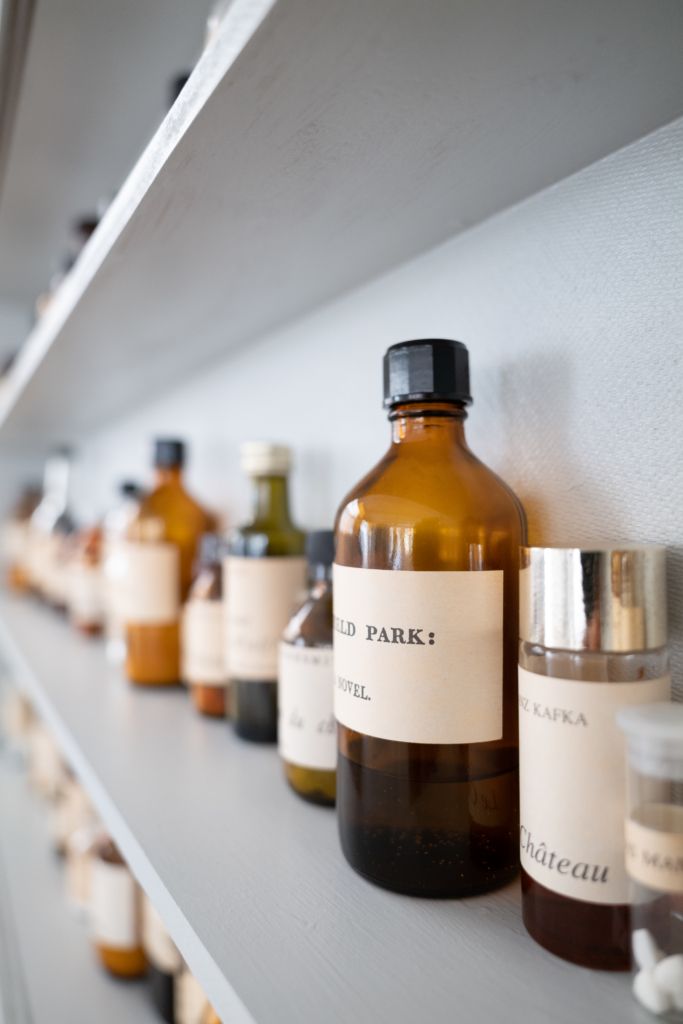 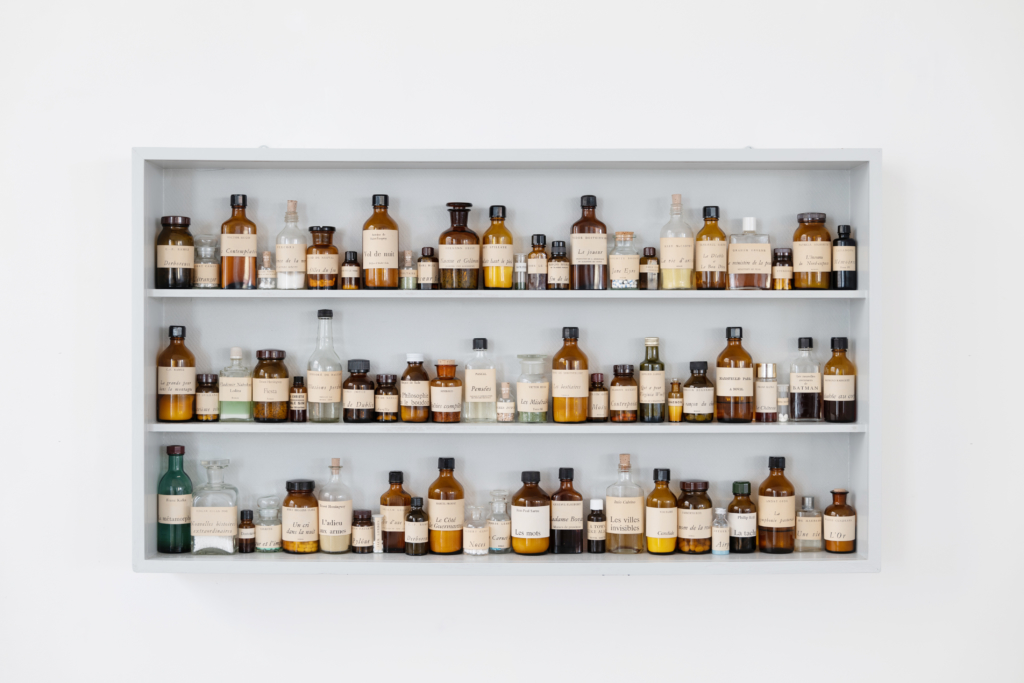 Since the early 1990s, the artist has elected the book as his main expressive tool, the starting point for his work and since then he has never stopped breaking the limits imposed by a medium as attractive as it is difficult. The thousands of books that the artist collects and preserves are not only characterized by their textual content, but even more by their form and material consistency: bound and compact books, whose hard covers are covered by a monochrome canvas in which only the simple typography of a title or a schematic illustration appear.
Beyond their textual content, the primary reality of these works is that of an object offered for manipulation. The artist uses each part of the book, deconstructs it, dismantles it, and then regenerates it in another form. He builds a parallel world, but unlike the writer accomplishes it through words, he uses his hands as a sculptor and the colours as a painter.
Literary Pharmacy is a true medical cabinet, where the countless bottles of medicines, carefully placed in a glass case, have labels made out by bookpages, that evoke authors and famous titles of world literature as if to suggest remedies to our health problems.
Literary Pharmacy is also the title of the precious artist’s book that, as per tradition, the gallery produces for every personal exhibition. The limited edition, signed by the artist, is a tale in pictures of the literary pharmacy in which Peter Wüthrich seems to suggest how therapeutic the book can be.
The exhibition is completed by the Two Books series: minimal paintings, made using the “plans” of the monochrome covers of two books, which seem to evoke works by Mondrian, Joseph Albers, Blinky Palermo.
Through a process of conceptual elaboration the work lives in a condition of detached objective presence. The artist considers the book not only in terms of verbal approach, but according to a second virtue with which Paul Valéry credited the book: “its quality as an object, its physique”.

Special thanks to the Christian Stein Gallery.
Photo by Luisa Porta