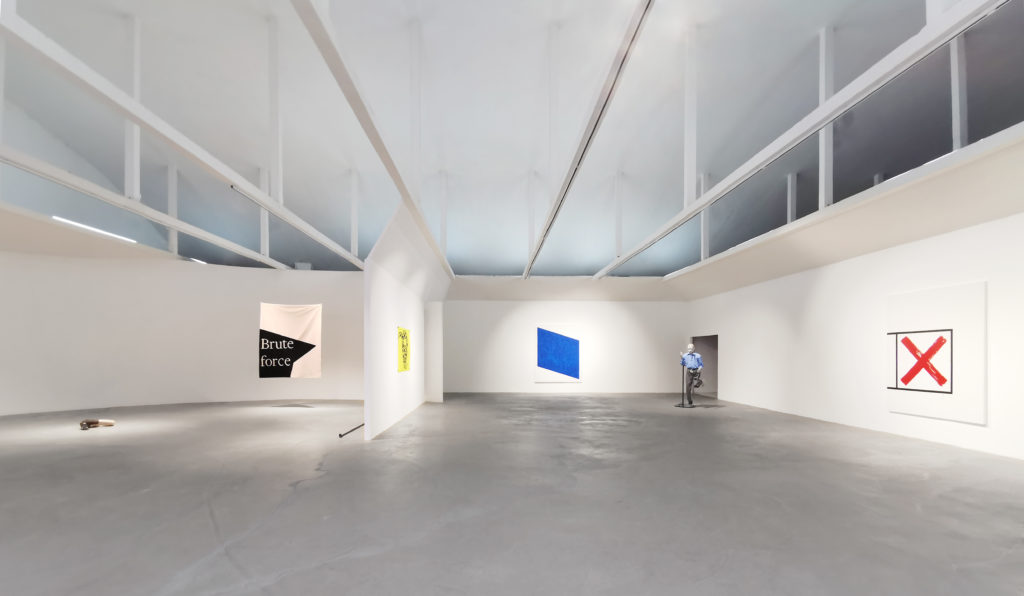 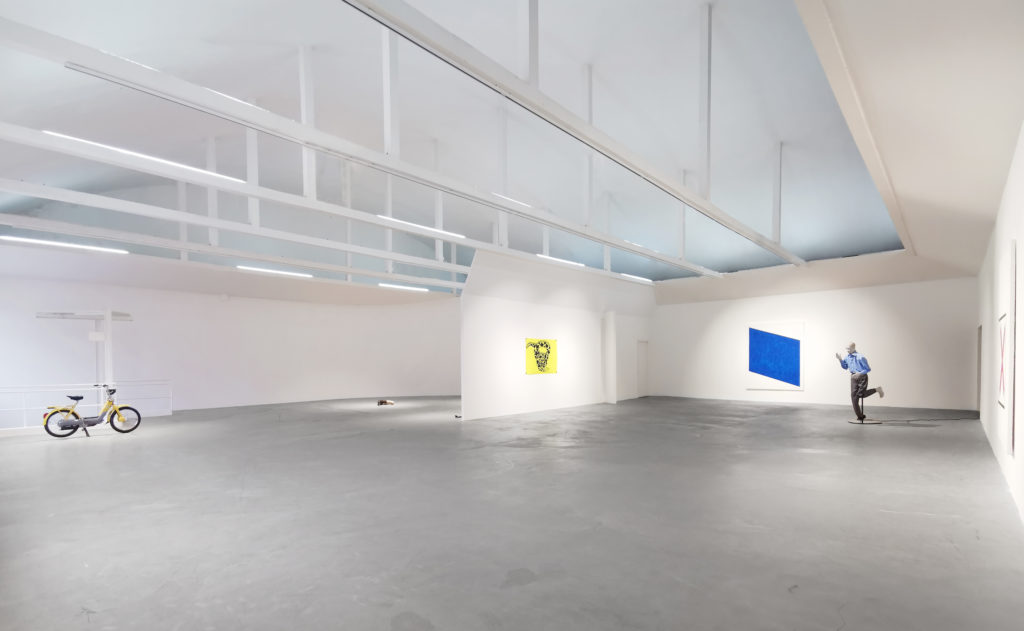 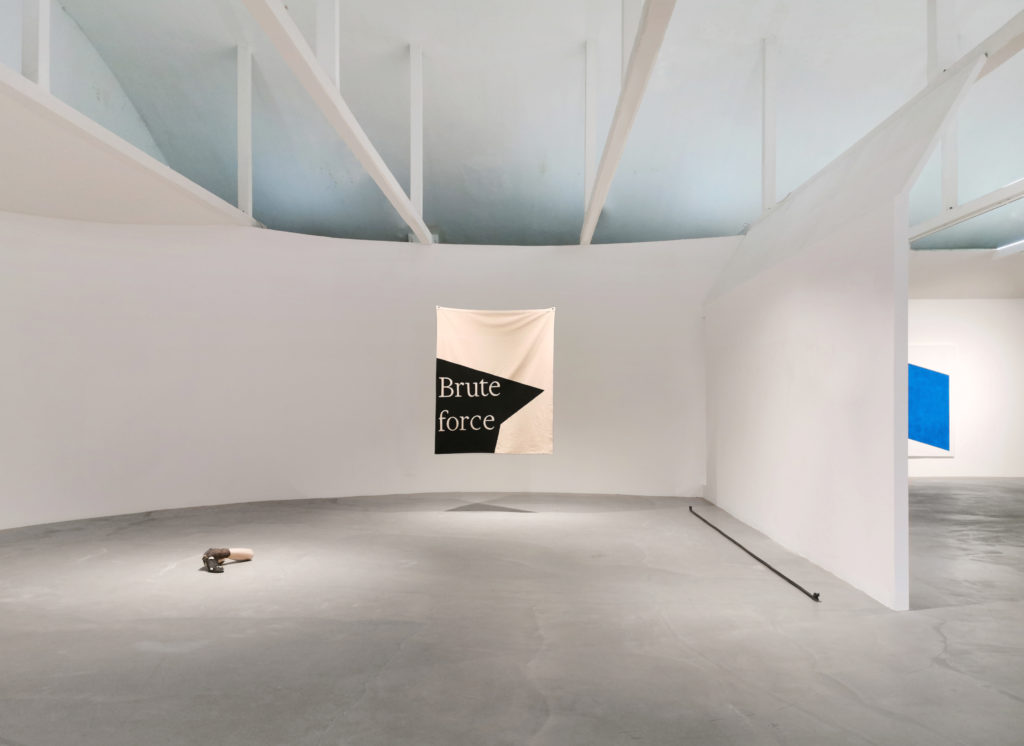 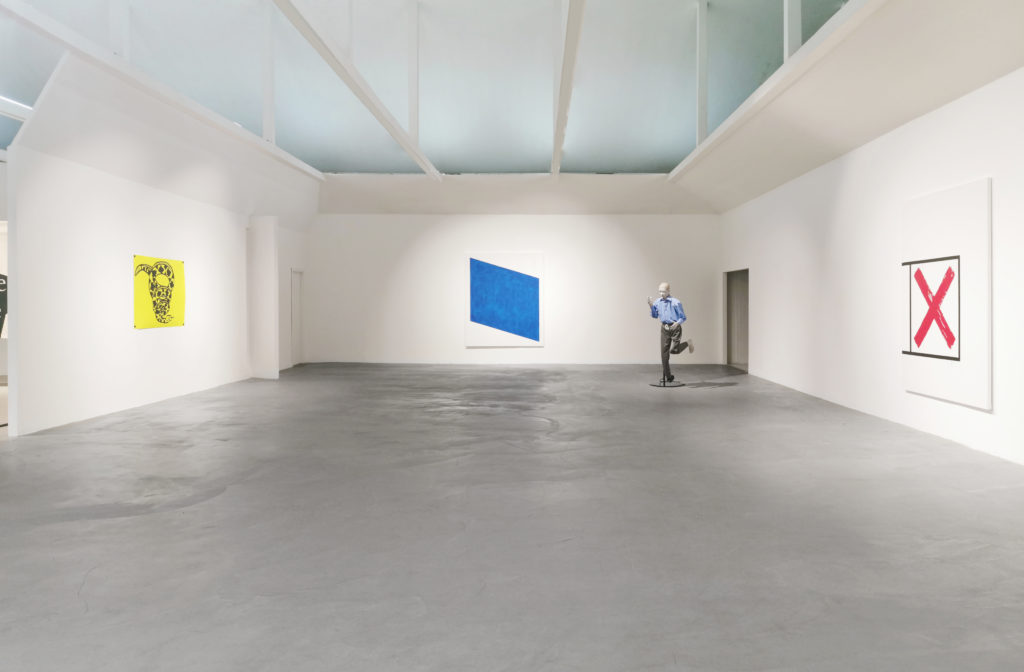 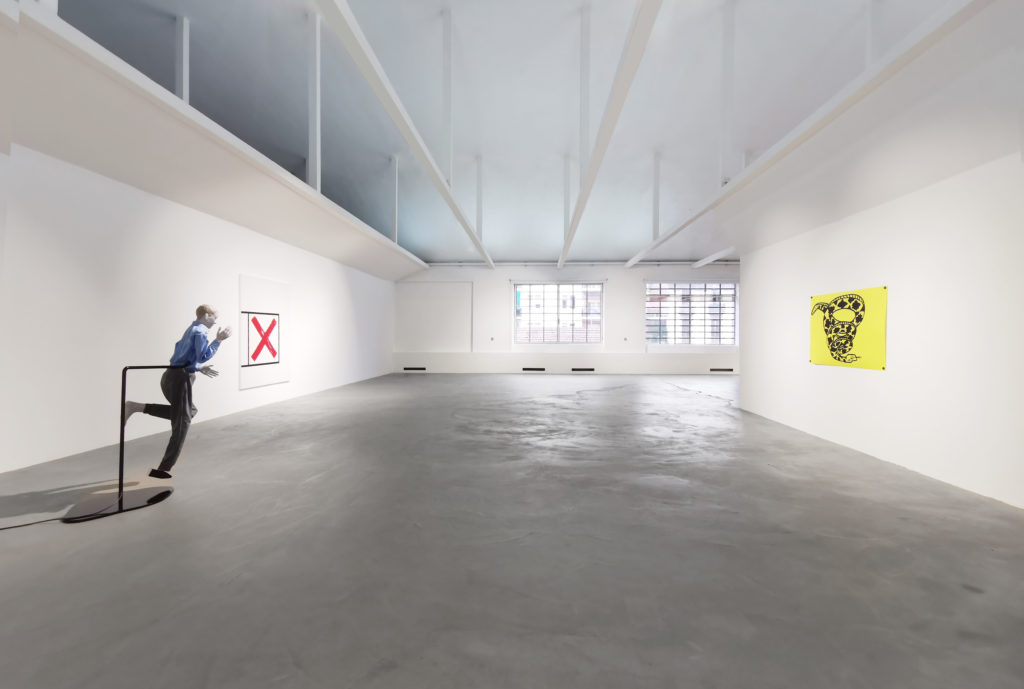 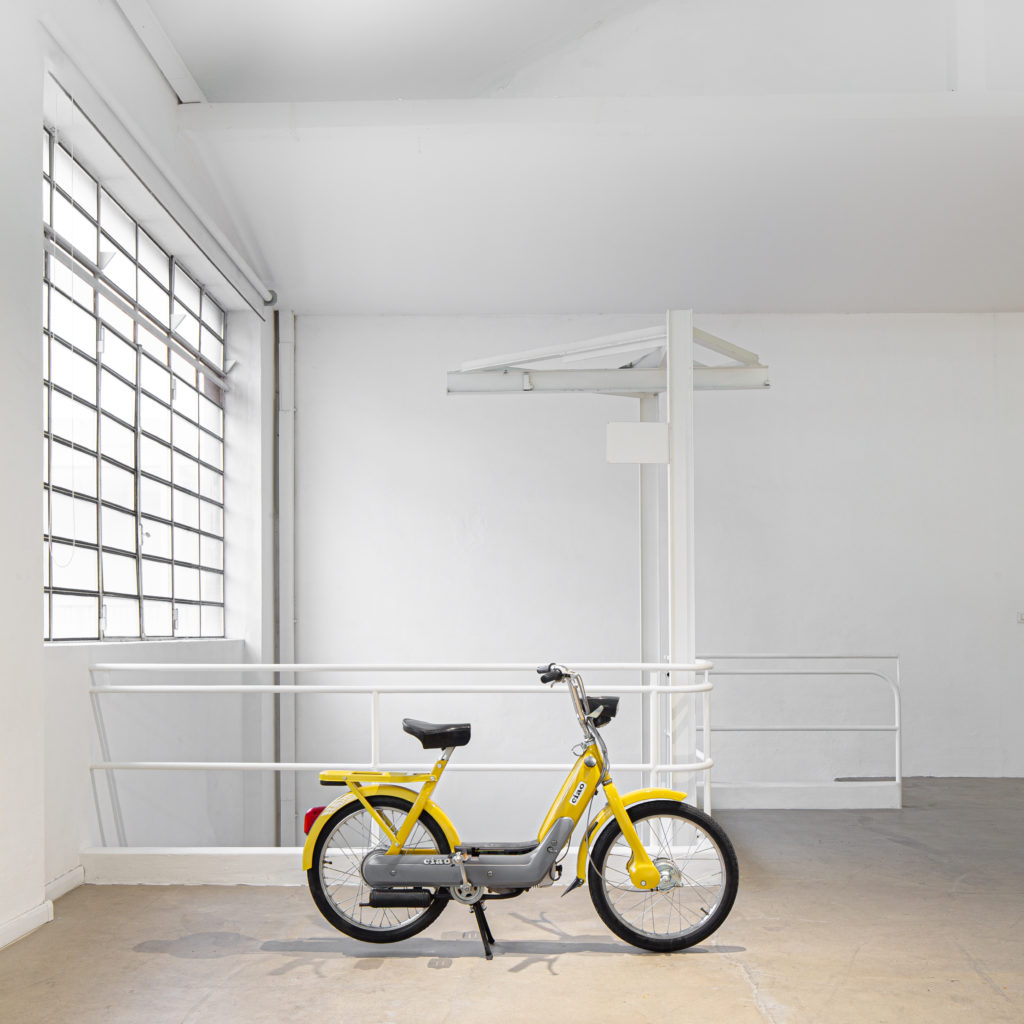 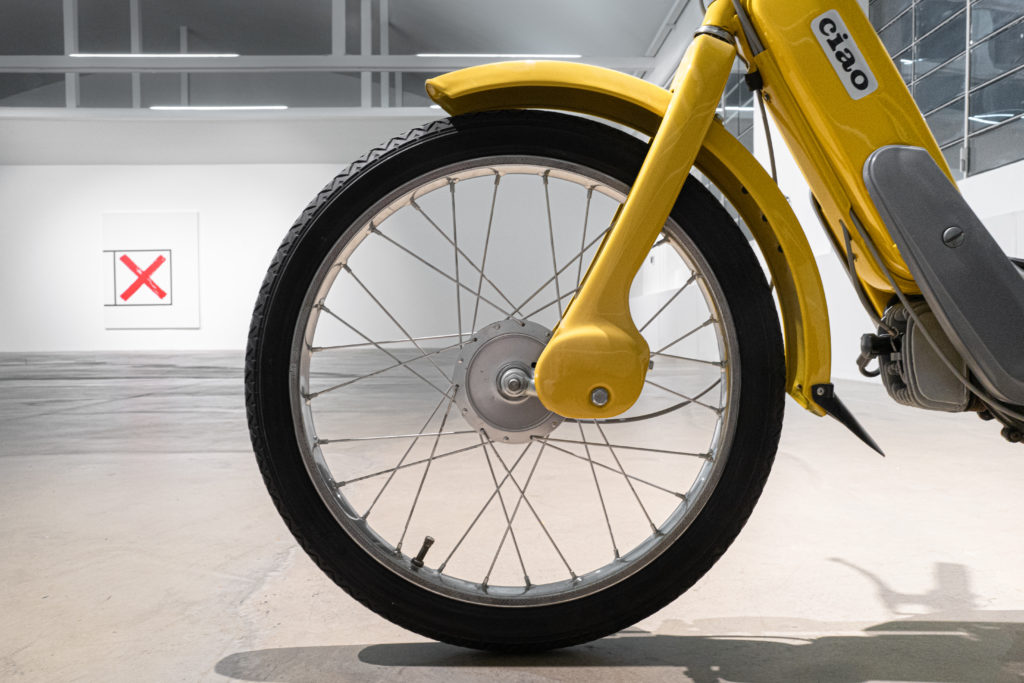 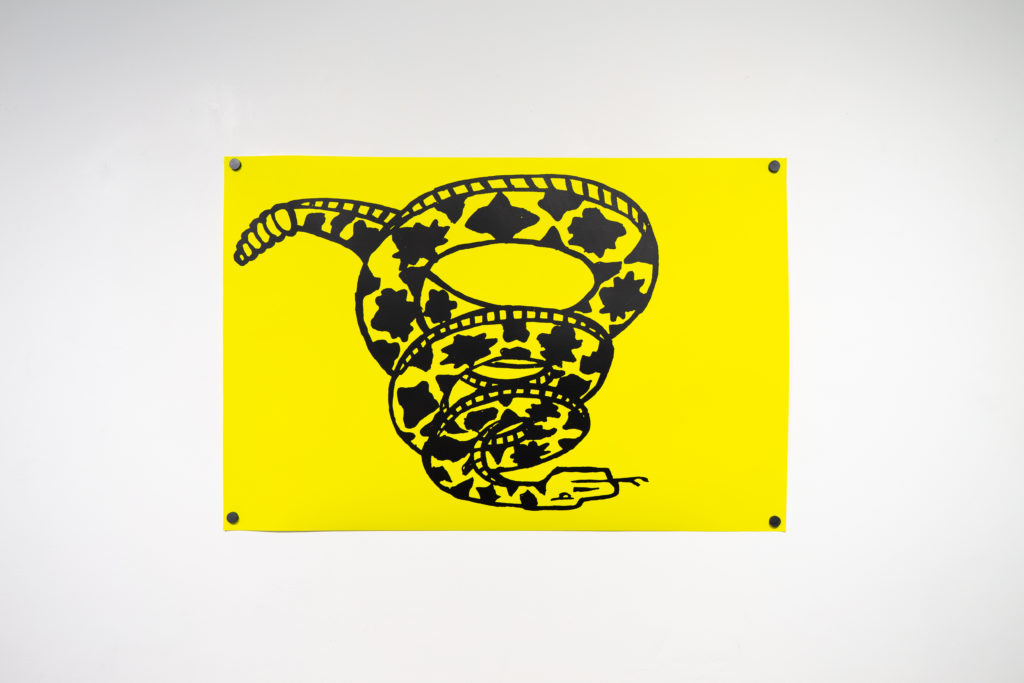 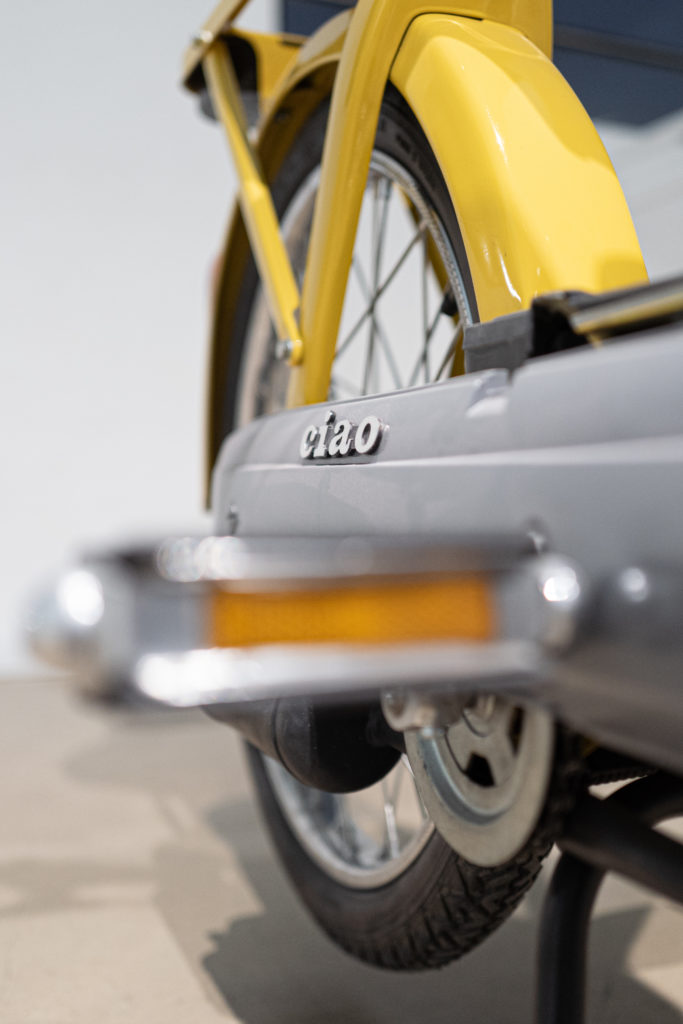 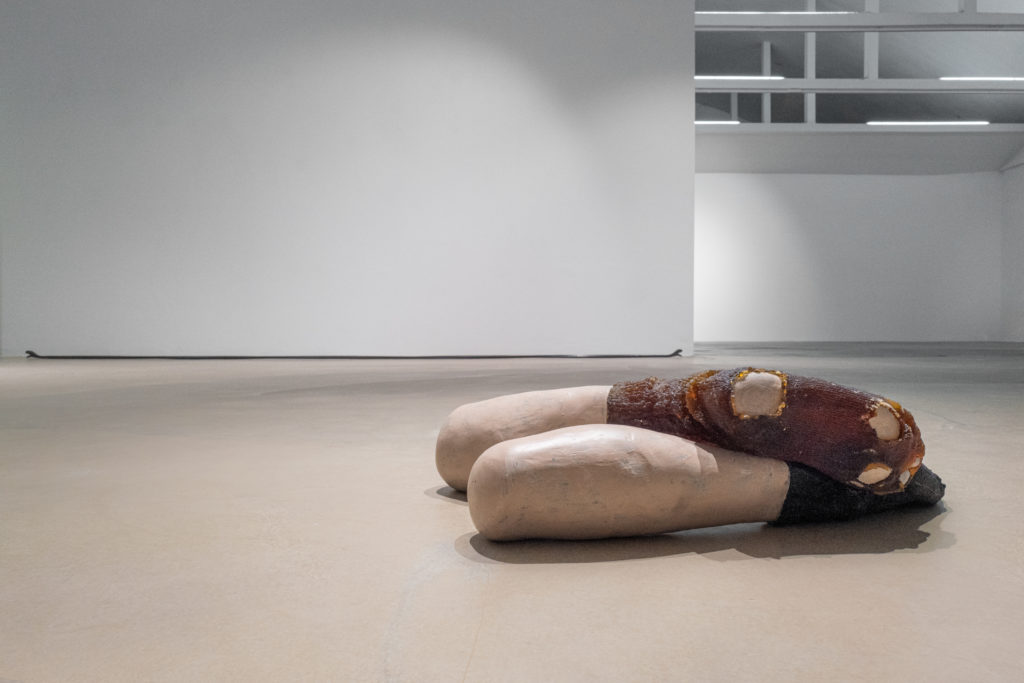 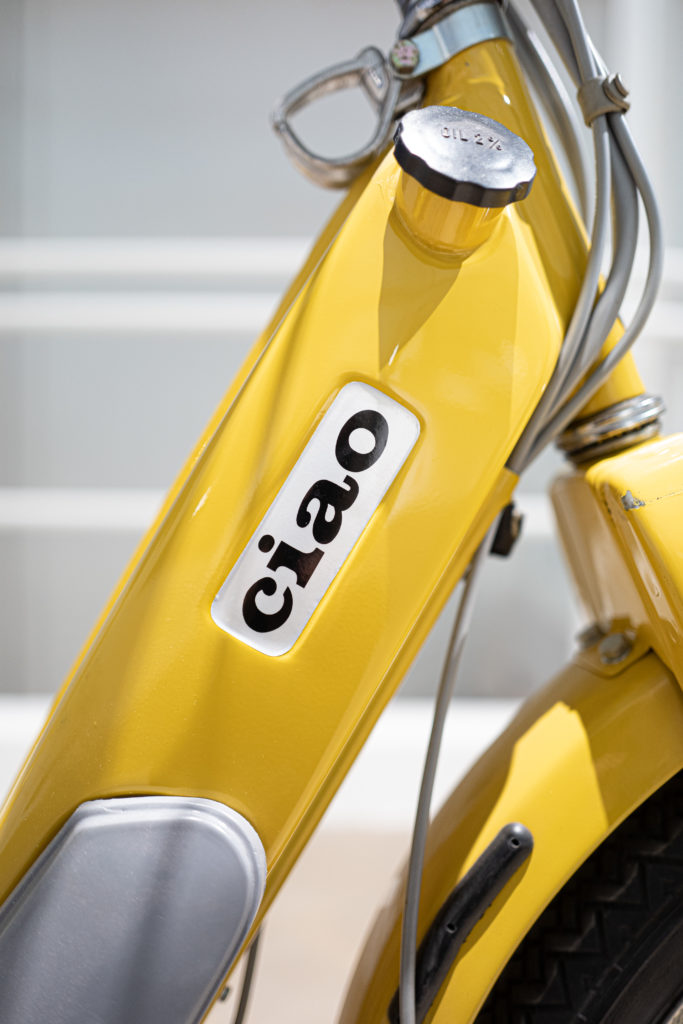 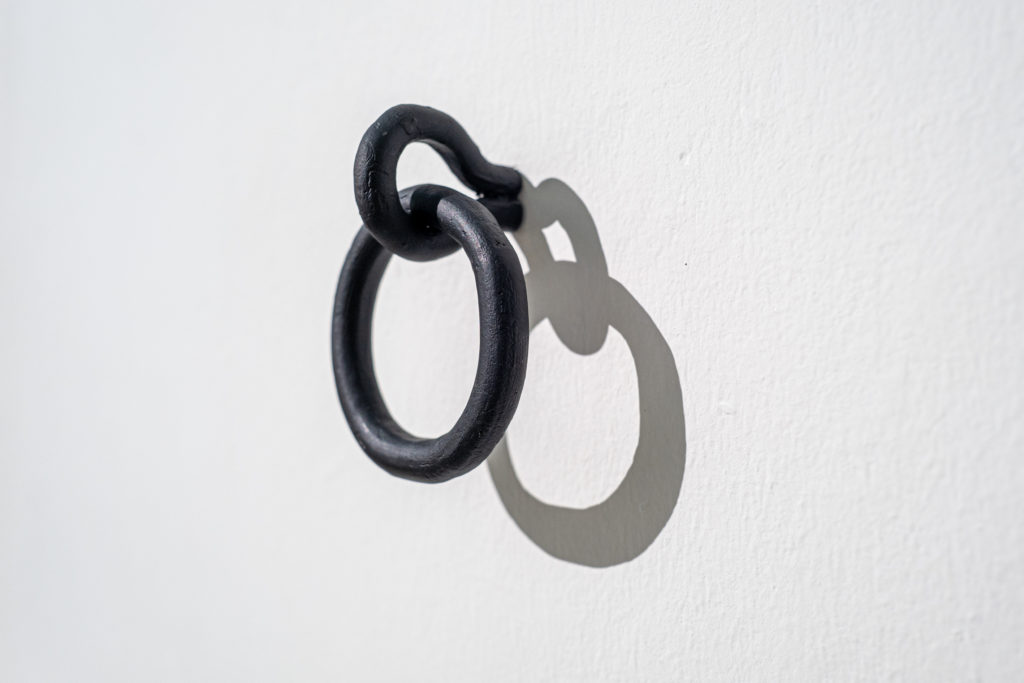 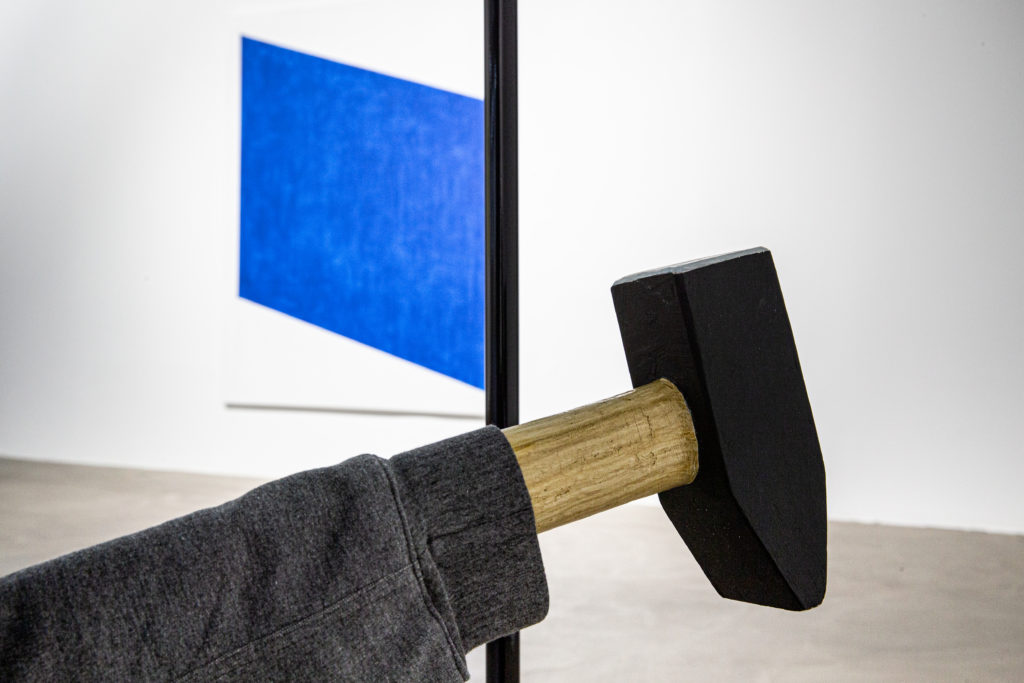 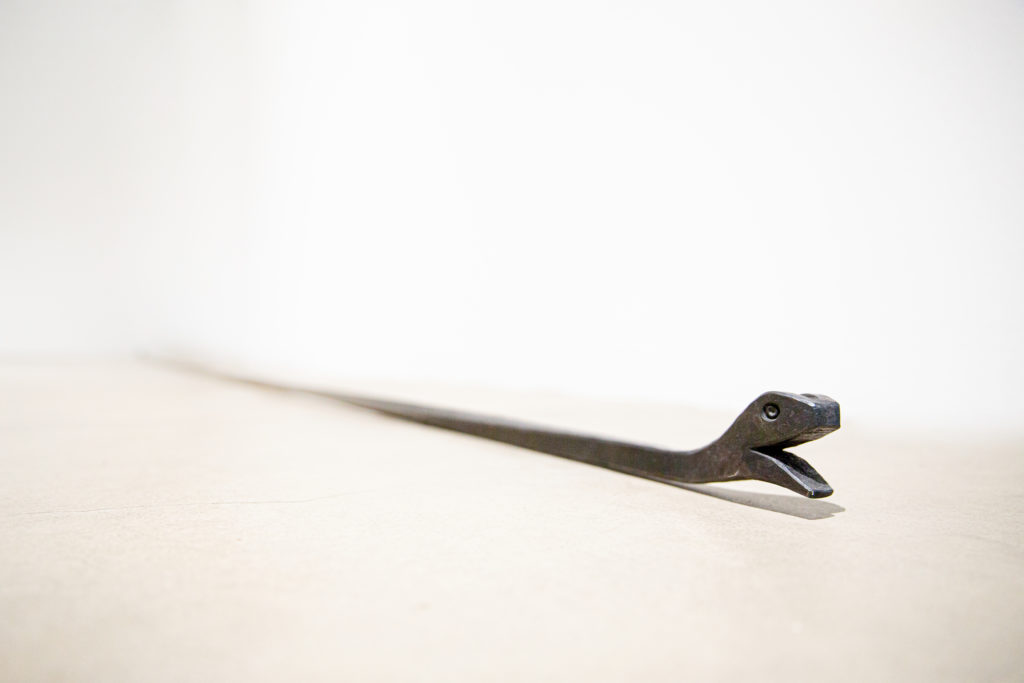 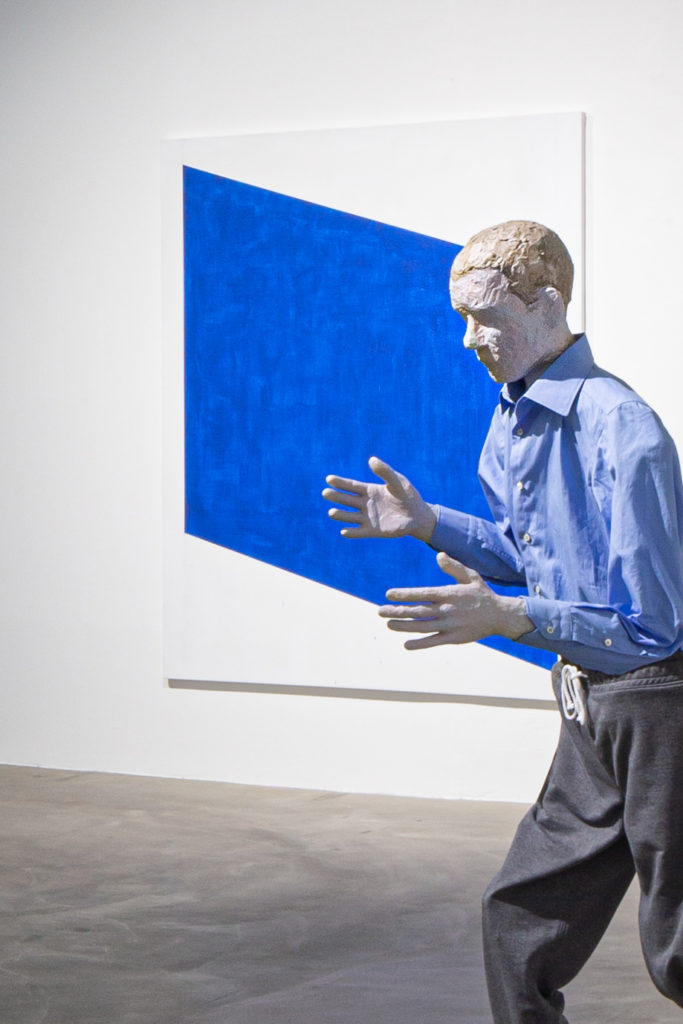 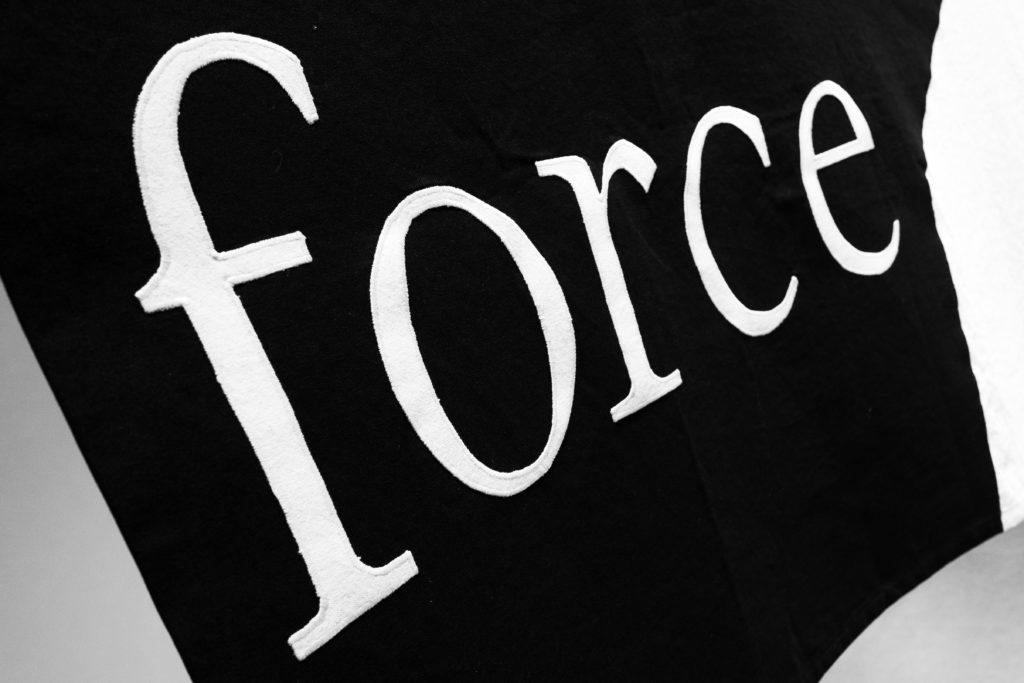 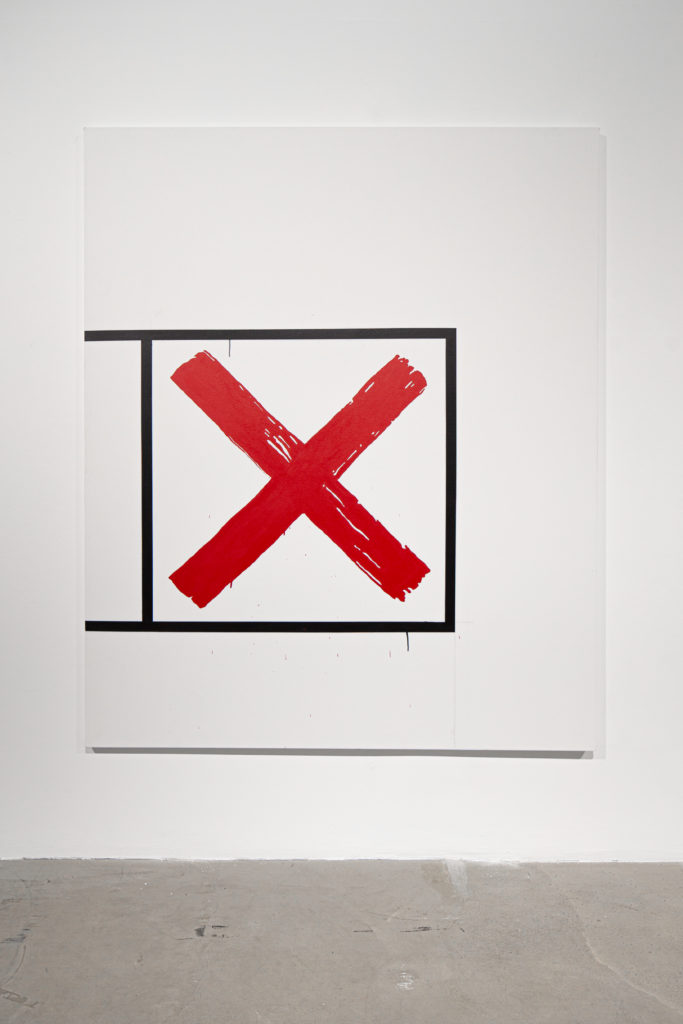 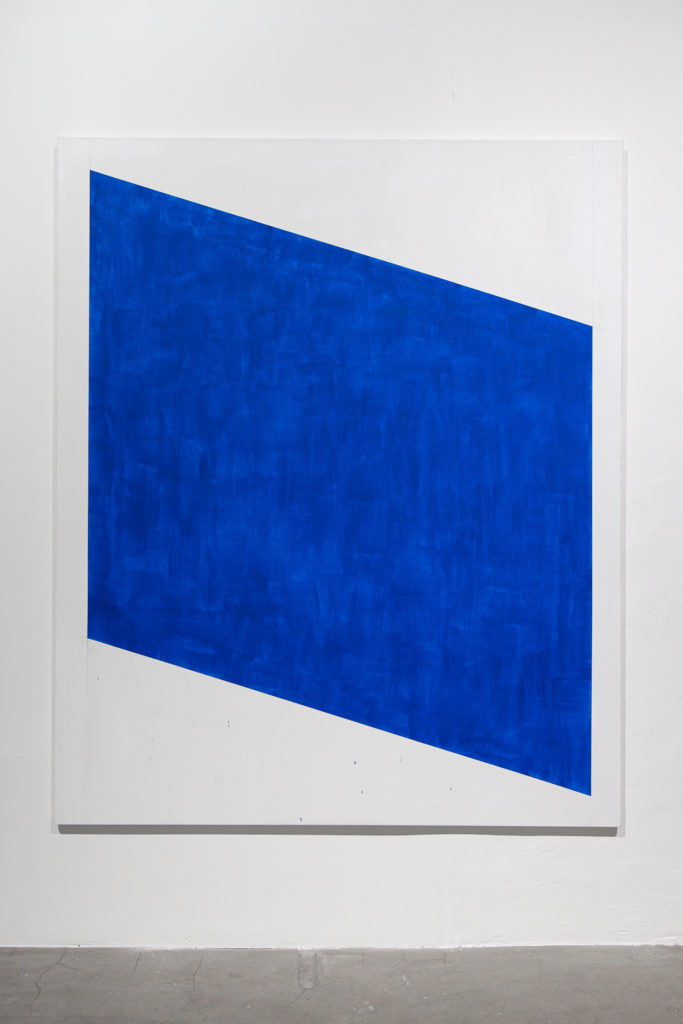 Surely the Symbol has always been a fundamental aspect in modern society and even more so in contemporary society. The word “Symbol” has etymologically the meaning of putting together, making an agreement, making a reference or stopping an image that over time acquires more power. Both the works of Valentin Carron and Gardar Eide Einarsson deal with and investigate a tension, something that elastically pushes the meaning from one side or the other, both build a structural significance that one could define dynamic. The Symbol is mobile.

Valentin Carron weaves its significant structure through a material and lively aesthetic, destabilizing and emptying omnipresent forms of meaning and utility or recreating them, to then question their current meaning. However their symbolic character cannot be forgotten, remaining in the revived forms giving life to structures of broad speculative spectrum that investigate the relationship between authentic and fabricated, methods of local creativity and global systematic nature.

Gardar Eide Einarsson weaves a battlefield of exceptional cleanliness in which, the forms push towards dissent. In his works there seem to be lines that project instinct against the institution into a continuous tension between the anti-institutional, interference with the concepts of freedom and the organizational structures of society. Thus a membrane is formed, a texture of repeated images, an overdose of images that in the contemporary era creates the symbol and, somehow, control, as Michel Foucault would argue, but also the system of signs in which we move every day.