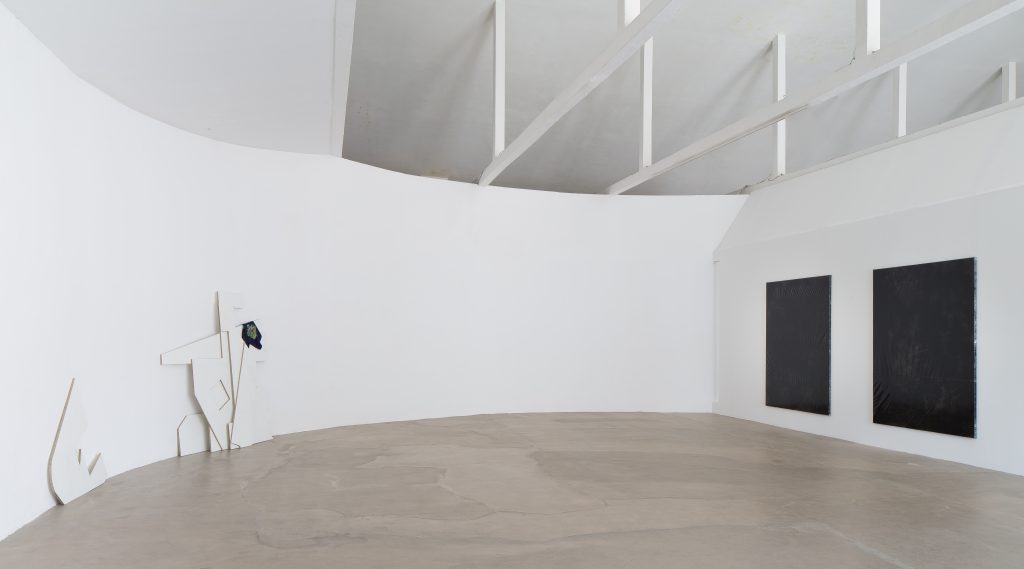 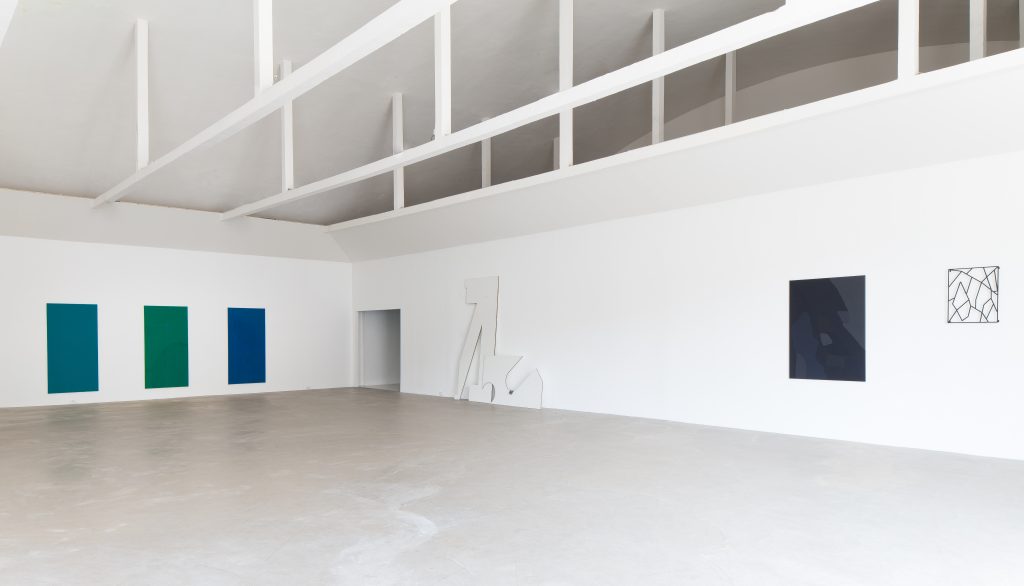 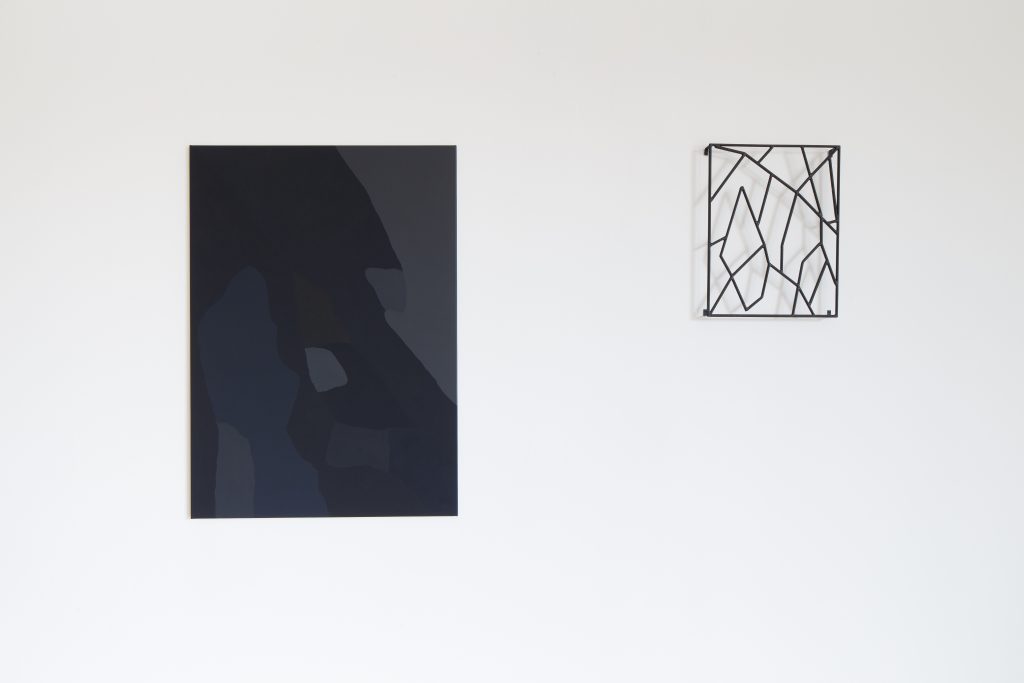 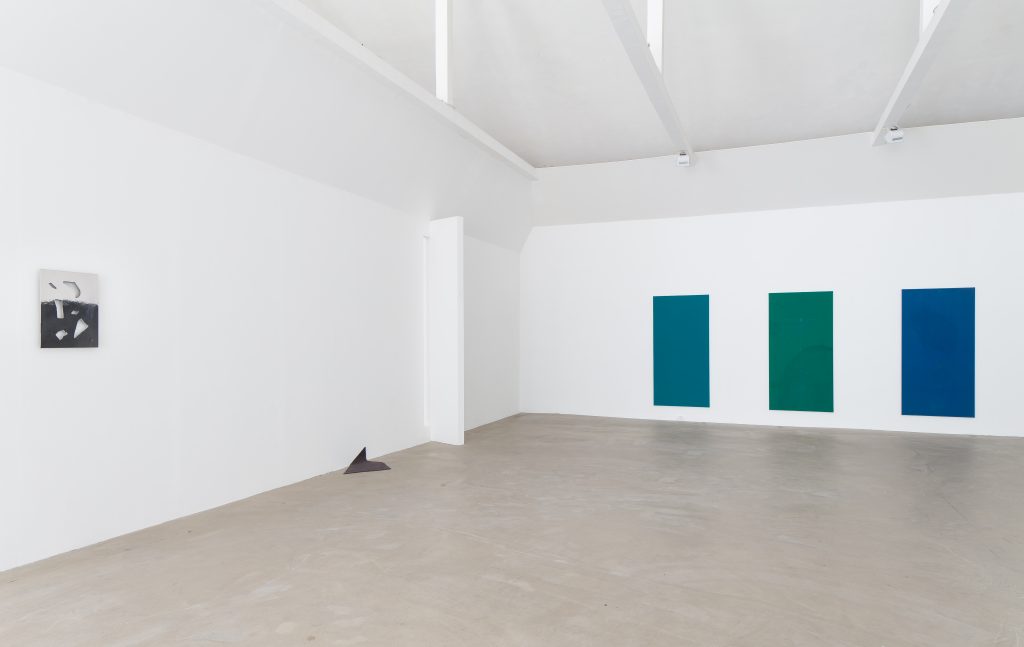 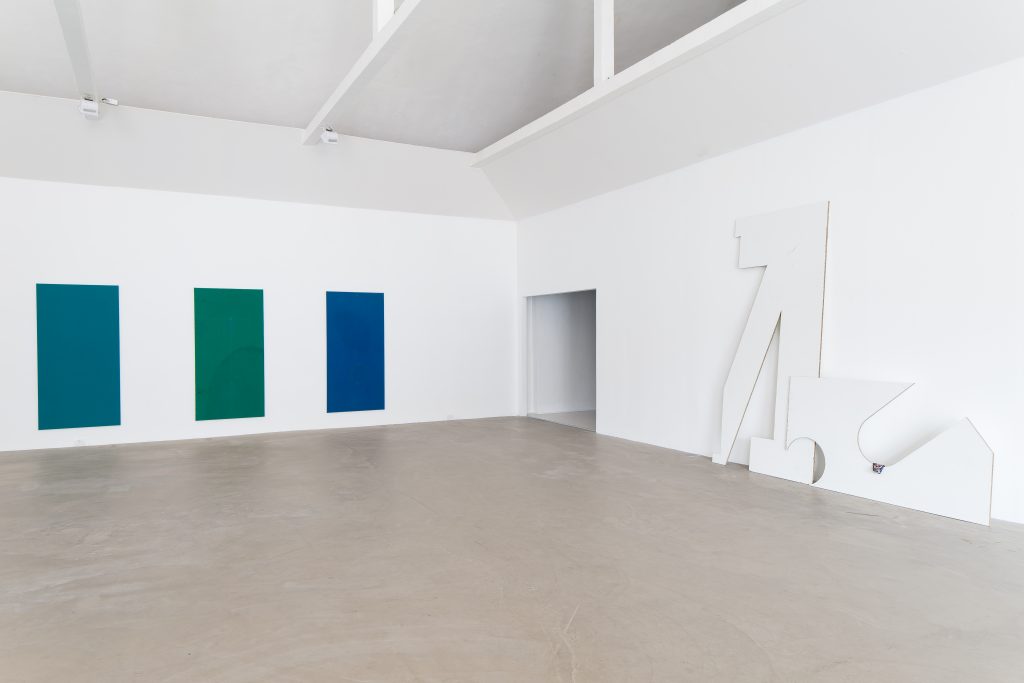 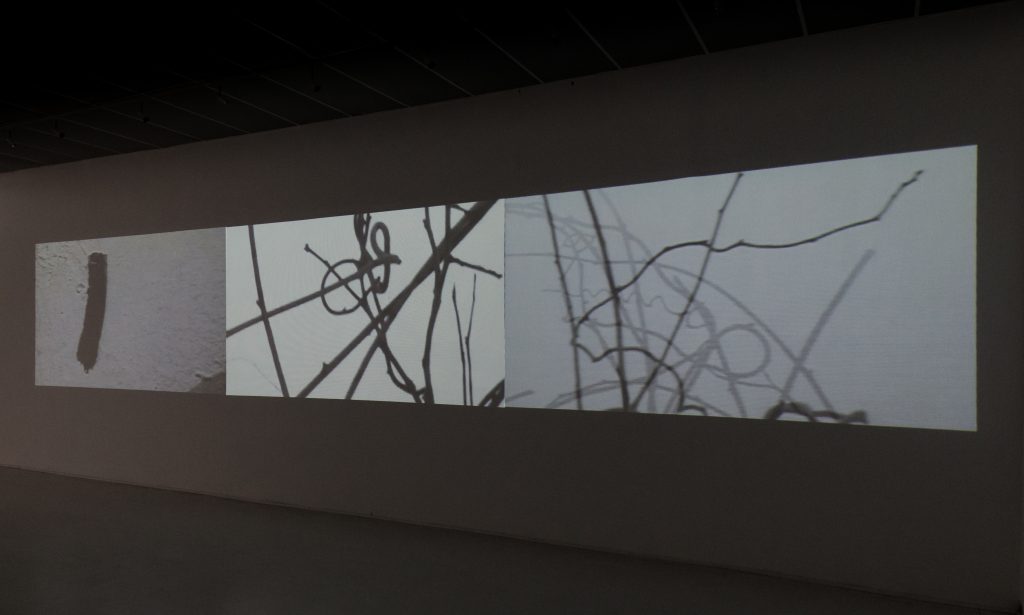 (Idéale) Géographie, une introduction is the exhibition organized by Matteo Noire and Pietro Rossi in the Noire Lab space.
The show, curated by Olivier Kosta-Théfaine (also one of the artists displayed) offers a sort of utopian cartography. It’s the recalling of an informal landscape, fragmented, where the memory of urban suburbs, an abandoned object, becomes unique and precious. The image of a moving geography, ever-changing and surprising. The artists use found objectual entities that now are esthetically reinvented, conveying a subtle conceptualism, an almost minimalistic reading of the landscape.
SKKI©’s big wooden panels, Products of the environment (2016), replicate this idea of urban wandering; it’s like getting lost in the city streets and finding lost “details” which become structures for painting.
Manor Grunewald’s series, Organic Mess Black (2014), consists of paintings with strong black nuances, where the pictorial matter seems to bring to mind the wet bitumen of a rainy city.
Olivier Kosta-Théfaine’s Untitled, La Gaubretière, Paris IV (2013 – 2014) is made of pieces of metal, seen daily in the city but now transformed and stripped of their original function to be used for paintings and sculptures. Lastly, Simon Laureyns’s serie Pool Painting (2015) is composed of cloths from used pool tables, all found in the suburbs of Ghent and which become abstract models for his work.
(Idéale) Géographie, une introduction is a new reading of the landscape and, as the show’s curator suggests… postcards, sent by friends, now hanging on the fridge and reinventing a new journey, a new personal geography.